According to United States Treasury Secretary Janet Yellen, the stablecoin market is not at the scale in which the price TerraUSD (UST) and Tether (USDT) dropping below one U.S. dollar would present a threat to the country’s financial stability.

In a Thursday hearing of the House Financial Services Committee on the Financial Stability Oversight Council’s annual report to Congress, Yellen hinted that the stablecoin market was not yet at a size in which UST dropping to under $0.40 and USDT – the largest stablecoin by market capitalization – briefly de-pegging from the dollar to hit $0.96 would create a “real threat to financial stability.” The Treasury Secretary cited a November report from the President’s Working Group on Financial Markets, and said the council was currently analyzing “potential financial stability risks” in the digital asset space.

“They’re growing very rapidly,” said Yellen, referring to digital assets. “They present the same kind of risks that we have known for centuries in connection with bank runs.” 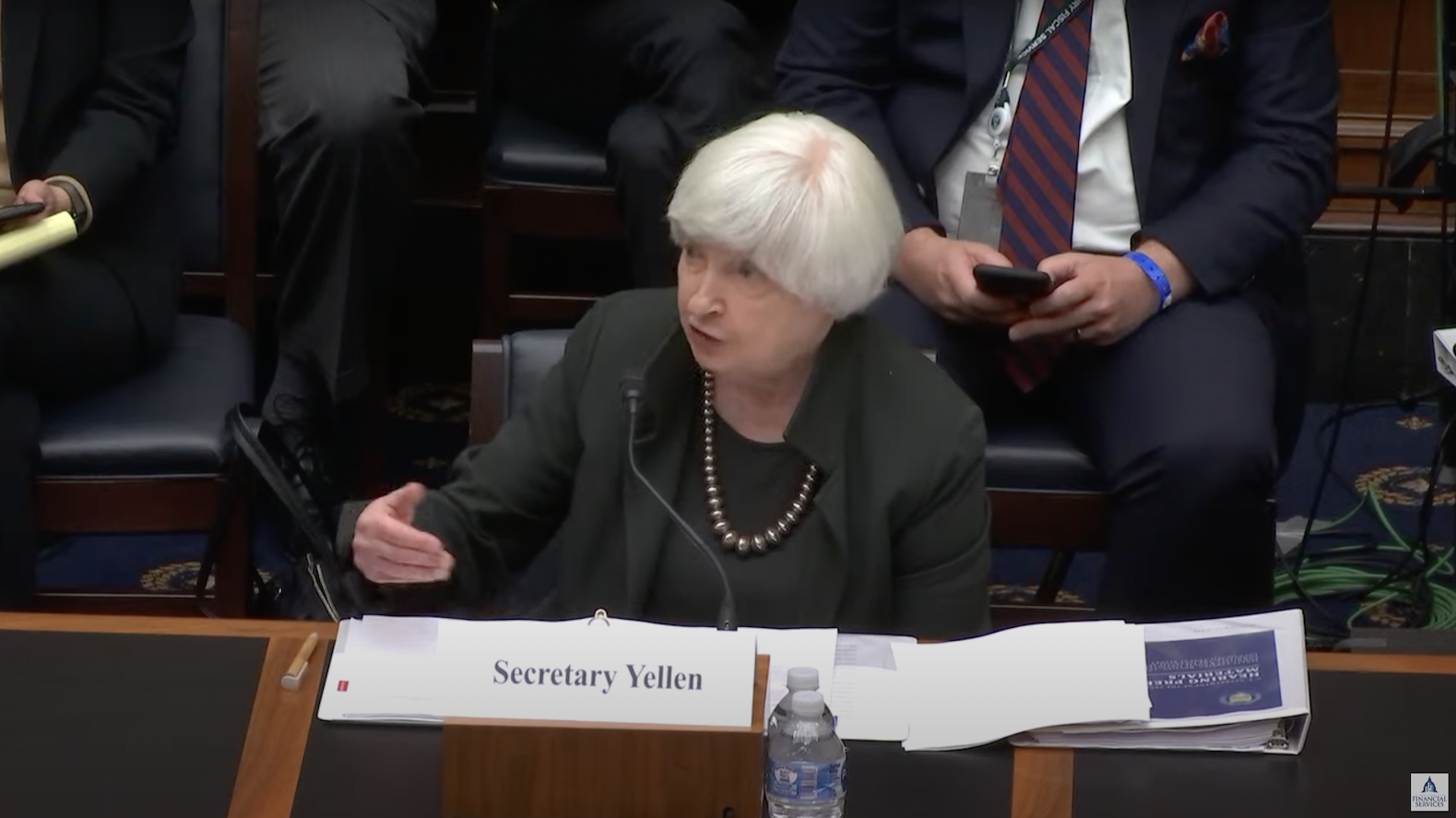 Yellen added that a central bank digital currency in the United States could have “a very significant impact on the structure of financial intermediation,” despite potentially having fewer risks than stablecoins. Her comments followed the Treasury Secretary addressing the Senate Banking Committee at a Tuesday hearing, when she called on lawmakers to develop a “consistent federal framework” on stablecoins to address risks.

UST was pegged to the dollar until Monday, when a mass sell-off triggered extreme volatility in the price of Terra (LUNA) and many major cryptocurrencies including Bitcoin (BTC) and Ether (ETH). The stablecoin dropped roughly 70% to a price of $0.29 on Wednesday, and is still de-pegged from the dollar at the time of publication, at $0.37. USDT, in contrast, was de-pegged for roughly 12 hours starting on Wednesday before returning to $1.00.

Cointelegraph reported that validators for the Terra blockchain officially halted network activity on Thursday, aiming to prevent governance attacks following the devaluation of LUNA. Binance also delisted its LUNA/USDT contracts after the price fell below 0.005.