Kimbal Musk, Nadya Tolokonnikova and Alex Zhang took to the SXSW stage on Monday to participate in the “Move Over NFTs. Here Come the DAOs” panel at Austin’s Convention Center. Tolokonnikova is a former member of the Russian protest punk rock group Pussy Riot, and the co-founder of UnicornDAO and UkraineDAO. Zhang cofounded the social club DAO Friends With Benefits and serves as its mayor, while Musk cofounded the philanthropic DAO, Big Green DAO. Journalist Michael Casey moderated.

Throughout the discussion, the panelists described their distinct and contrasting use cases behind their own decentralized autonomous organizations, or DAOs, and came to the conclusion that ownership, transparency and localization are the main principles of a successful DAO. 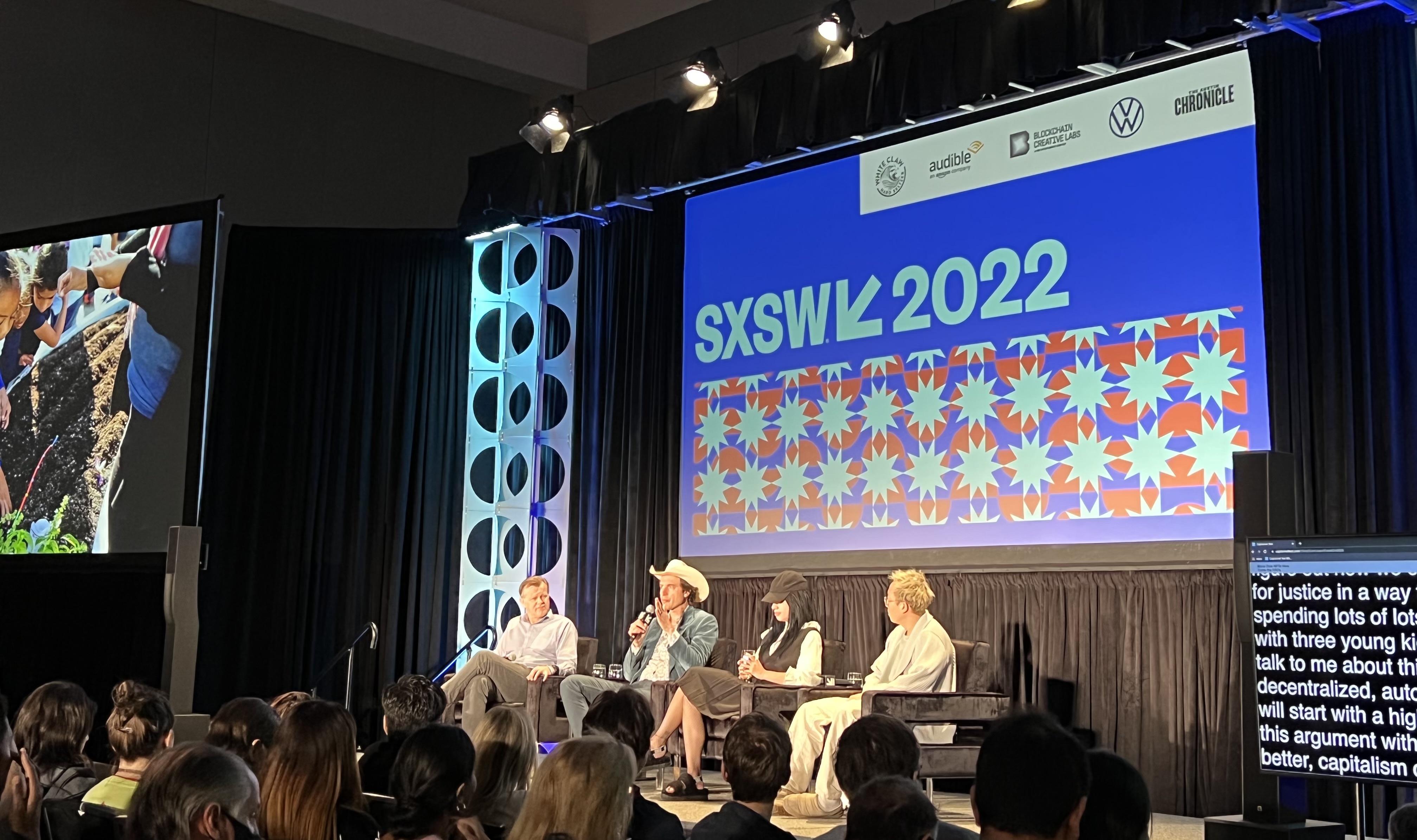 A self-proclaimed anarchist, Tolokonnikova said that the reason she entered Web3 was “to find better tools for activism” and found that DAOs could provide a “better governance model than a national government.” She stated that UkraineDAO was more than a $7 million fundraising effort that gathered people behind the image of the Ukrainian flag, and is a “big jump for crypto” that even Ethereum’s founder Vitalik Buterin supported.

She added that UkraineDAO broke the perception of NFTs being “just cartoon images” to show how NFTs can solve local problems. In this case, it was able to “distribute money really quickly” that went to providing medical aid to those affected by the Russia-Ukraine conflict.

Related: Cryptopedia: Learn the basics of DAOs and how they work

On the other hand, Zhang’s Friends With Benefits, or FWB DAO started as “an online accident” in 2020 and since has grown into a community of people with “social and financial alignment.” FWB is made up of 6,000 token holders, including some public figures and celebrities, who work together to launch Web3 products including the recently announced FWB.Archive tool that archives digital events.

Musk chimed in to expand on the idea of a DAO as a community that “isn’t regulated by America or by any country in the world” and enables its members to have ownership over the value of the organization’s outcome. He said that Big Green DAO “really wanted to experiment with the governance system” of nonprofits by “giving power to a community” over its treasury and grant donation process.

Tolokonnikova added that bureaucracy is a big problem in nongovernmental organizations, or NGOs, because there isn’t that transparency around the treasury or fund distribution. DAOs not only avoid bureaucracy and promote transparency, she said, but they could potentially offer a better governance model than nation states around the world. The UkraineDAO co-founder, who was imprisoned for two years in Russia for hooliganism, offered her “best example” of a weird personal limitation: “A chocolate bar can move from one country to another with no problems, but I can’t.”

Musk then pondered on the idea of legal protection. Since Big Green DAO is concerned with the liabilities of nonprofit organizations, he questioned whether Web3 businesses operating as DAOs have the potential to go against centralized governmental legal systems.

According to Zhang, “laws are working to catch up” and in the meantime “a lot of amazing DAO infrastructure is being built that wants to operate in the real world,” which he says is important for a DAO like FWB that hosts physical experiences. When Cointelegraph asked him to expand on this point, he said that he hopes DAOs will eventually replace LLCs or C Corporations and “that no one even says DAO anymore” but simply organization. Zhang also revealed that FWB is working to automize payroll and issue W-2 tax forms to its members who can choose whatever form of currency they would like to be paid in.