The blockchain community got a bit of good news on March 14 after regulators in the European Parliament’s Committee on Economic and Monetary Affairs rejected a ban on proof-of-work (PoW) based cryptocurrencies like Bitcoin (BTC) that would have had significant ramifications for the crypto industry.

Data from Cointelegraph Markets Pro and TradingView shows that despite the positive development, Bitcoin continues to trade sideways near the $39,000 level amid geopolitical uncertainty and the possibility of a Federal Reserve interest rate hike later this week. CME Fed Fund futures prices suggest that traders are pricing in a March 16 rate hike with 100% confidence. 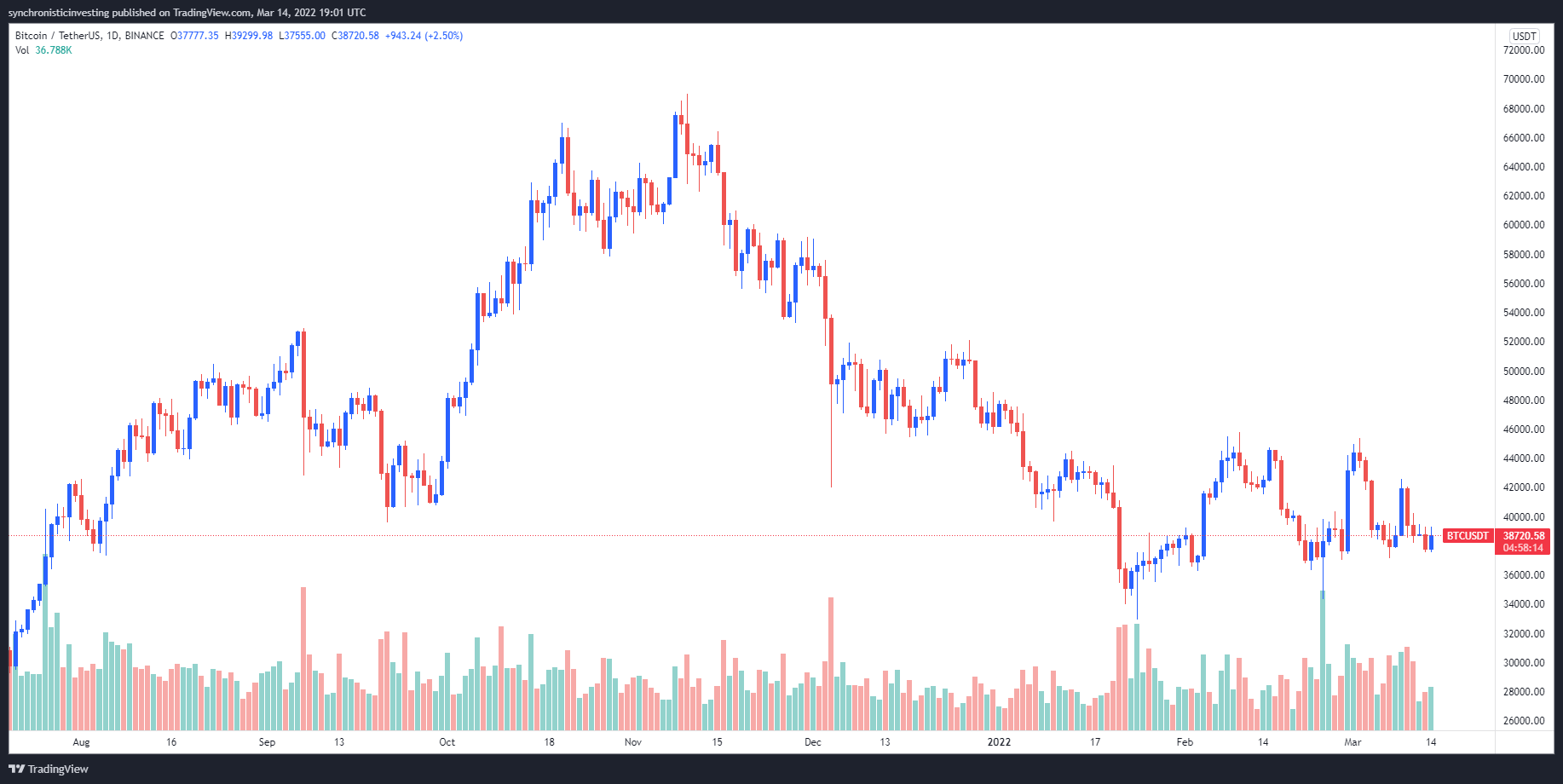 Here’s what several analysts are saying about the outlook for Bitcoin ahead of any possible interest rate hike and what levels to keep an eye on when tracking the bull and bear market scenarios.

Price action has been “insanely boring”

The price action in the cryptocurrency market on Monday has been “insanely boring,” according to markets analyst and Cointelegraph contributor Michaël van de Poppe, who posted the following chart outlining one possible path BTC could follow in the coming days:

Overall, Bitcoin appears to be continuing the consolidation pattern it has been following for the past two months as highlighted in the following chart posted by on-chain cryptocurrency analyst Will Clemente.

As for what comes next with this pattern, options trader and pseudonymous Twitter user John Wick posted the following chart noting that there is “a squeeze forming on the daily chart.” He further explained:

“Violent moves come out of the squeeze just as we see the last time this formed.

Related: Law Decoded: Joe Biden’s executive order is finally upon us, and it doesn’t look too dreadful, March 7-14.

Analysis from a higher timeframe perspective was offered by crypto analyst and pseudonymous Twitter user Rekt Capital, who posted the following chart pointing to the ongoing attempt to flip $38,000 into support for Bitcoin:

“New BTC Weekly Close shows that the Higher Low (green) is still intact and price is still in the process of trying to properly flip the $38,000 area into support (red),” Rekt Capital explained.

A final bit of reassurance for Bitcoin bulls was noted by analyst and pseudonymous Twitter user TAnalyst, who posted the following chart showing that BTC is trading near a major support level:

“BTC – The 9-year support, never broken. No need to talk. Chart is self-explanatory.”

The overall cryptocurrency market now stands at $1.718 trillion and Bitcoin’s dominance rate is 42.8%, according to CoinMarketCap.