Nonfungible tokens (NFTs) were in a strong bull run from Jan. 1 to mid-February. During this time, OpenSea volumes topped $5 billion and then fell to $3.6 billion toward the end of February. This could have been a sign that the overall sentiment of the crypto and NFT market was correcting.

As Q2 approaches, the total volumes and sales for NFTs have been in decline, leading new entrants and investors to wonder whether the sector is dying. According to data from DappRadar, OpenSea trading volumes have dropped nearly 11% in the last week and so far, the total volume on the marketplace continues to cool off as the number of users dropped by 13% in the last 30 days. It seems the NFT community has realized that it has exhausted options for blue-chip derivatives and investors are looking toward a more sustainable and less speculative placement of value.

Regardless of where the proof of profile movement (PFP) goes, blockchain game developers and communities are steadily building.

For example, play-to-earn (P2E) blockchain game Axie Infinity topped $4 billion in all-time NFT sales for the month of February. This marks it as the third largest NFT platform in terms of sales and the first NFT collection to do so.

The @AxieInfinity has become the first #NFT series to exceed $4B in all-time sales. #CryptoPunks is the next collection to make impressive gains, reaching $2B as all-time sales volume.https://t.co/az7S9bV6aW#ethereum #gamefi #playtoearn $AXIE #NFTs pic.twitter.com/1Rl5B1atpC

Axie Infinity was created in 2018 and the game is a clear testament to what is possible in a bear market. Axie Infinity built out a minimal viable product (MVP) that onboarded millions to Web3, blockchain and cryptocurrency.

New funding could jumpstart growth in Guild of Guardians

Blockchain games are situating their positions through strategic partnerships to further develop their products. As made evident by NFT game developer, Immutable X in its recent close of a $200 million funding round. In light of this news, a “large portion” of its funding will go to current projects, including Guild of Guardians.

Much like the crypto market, the Guild of Guardians’ in-game native GOG token has collapsed and is currently valued at $0.37, nearly 87% down from its all-time high of $2.81. 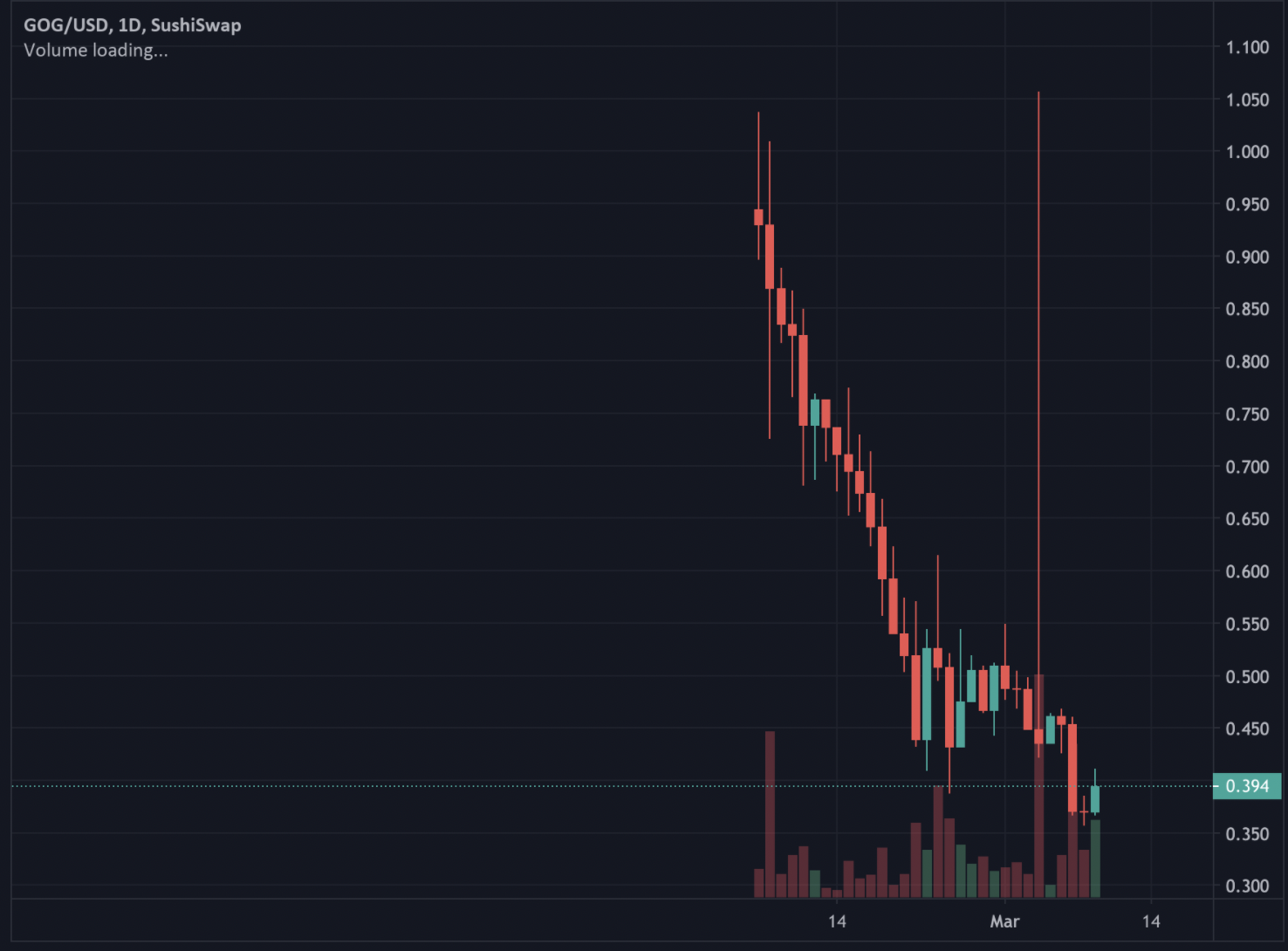 The Guild of Guardians will allocate the newly raised funds toward marketing initiatives and scaling solutions for the game and community. The fresh funding should ensure the project’s sustainability through a bear market and focus on the projects’ ambitious goal of hiring 200 employees in the next 12 months.

Guild of Guardians has set out and placed applications for its pre-alpha game demo as a testament and commitment to community insights.

Other NFT projects are also transitioning their communities to a gaming ecosystem by partnering with other networks to facilitate the change.

The NFT CyberKongz collection began as a traditional PFP on the Ethereum network and while it still functions as such, it has bridged over to the Polygon network for its Play & Kollect gamification feature.

While deployment has faced some minor delays, the team is currently preparing the community with a soft launch with a bridge to the Polygon network. CyberKongz has also announced its integration with decentralized oracle network ChainLink and its verifiable random function (VRF) to the Play & Kollect ecosystem.

#CyberKongz now has access to a tamper-proof & auditable source of randomness to support randomized in-game features in their upcoming adventure game.

The VRF function will randomize in-game features through the oracle node’s pre-committed private key, generating a random number and a cryptographic proof in combination with unknown block data. This collaboration has increased the integration of sophisticated technological features while prioritizing security.

Currently, the in-game characters that are needed to play CyberKongz VX are 2.59 Ether (ETH), or $6,674.09, on the Polygon network through OpenSea. Interestingly enough, the assets on the Ethereum network that are not yet bridged are cheaper at 1.95 ETH, or $5,024.90.

Related: 5 NFT-based blockchain games that could soar in 2022

Galaxy Fight Club is zoning in on gaming and Web3 development

In its latest update, P2E game Galaxy Fight Club announced a partnership with Vaynerchuk Sports and Gary Vee’s brother, AJ Vaynerchuk, to introduce the game to the athletes in the Ultimate Fighting Championship (UFC).

GFC’s native token GCOIN is also slated to launch on Huobi exchange, potentially giving it the boost it needs to reverse the current downtrend. In the last week, GCOIN fell 11% and the token is nearly 85% from its all-time-high at $2.16.

Similar to both Guild of Guardians and CyberKongz, GFC has also faced some setbacks due to a discord exploit. However, it seems to meet adversity by staying focused on deliverables.

The team has developed new features to its beta version and there are plans to integrate the play-to-earn mechanics within the next two weeks. To unlock GCOIN earning in-game, players must own genesis Galaxy Fighters. The cheaper fighters and the lowest-earning tier are currently priced at 0.47 ETH, or $1,271.60, and the floor price for the highest earning tier is 3.99 ETH, or $10,795.10.

Despite the uncontrollable setbacks and challenges, blockchain games seem to understand that growing pains are inevitable but to be successful, they must keep one thing in mind: The development of a fun game. As the market steadily approaches Q2, investors will be closely watching to see who used this lull time wisely.