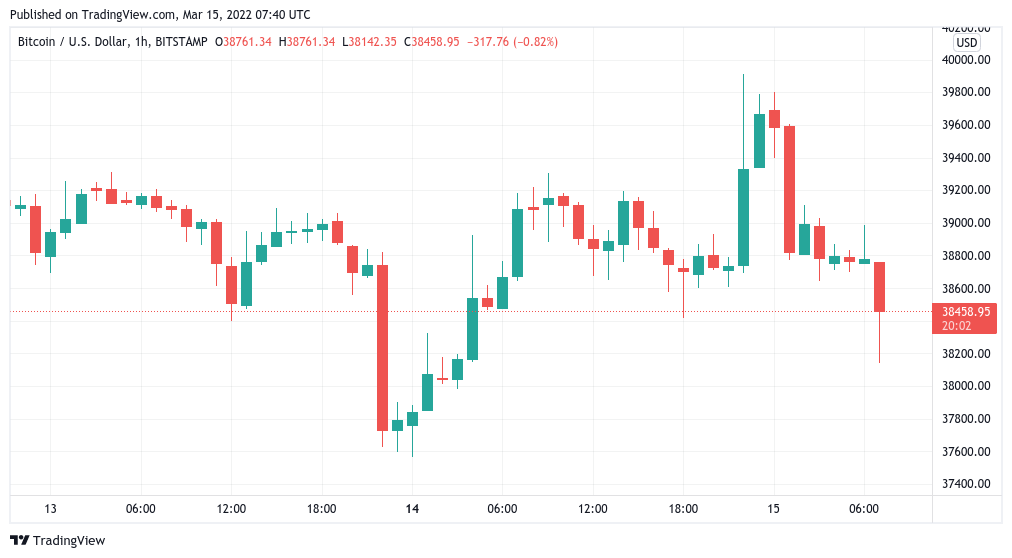 The move, while significant, had nonetheless produced little relief in BTC price action.

“Altcoins are again showing a lot of weakness in the BTC pair, as they are dropping. Bitcoin still consolidating. Not the best signs for the markets, to be honest,” Cointelegraph contributor Michaël van de Poppe summarized in his latest Twitter update on the day.

The price action likewise put pay to hopes of a more bullish outcome based on the daily close.

Related: Two years since the COVID-19 crash: 5 things to know in Bitcoin this week

More BTC last moved at around $39,000 than at any other price point, making March’s behavior what he called “the mother of all consolidations.”

The mother of all consolidations.

On-chain volume at $39k is the largest in the entire history of #Bitcoin.

As Cointelegraph reported, accumulation trends are continuing to reinforce the strength of the $38,000-$39,000 bracket, this becoming particularly popular with whales over the past week.