The three traits of Web 3.0 that fix what went wrong with today’s internet 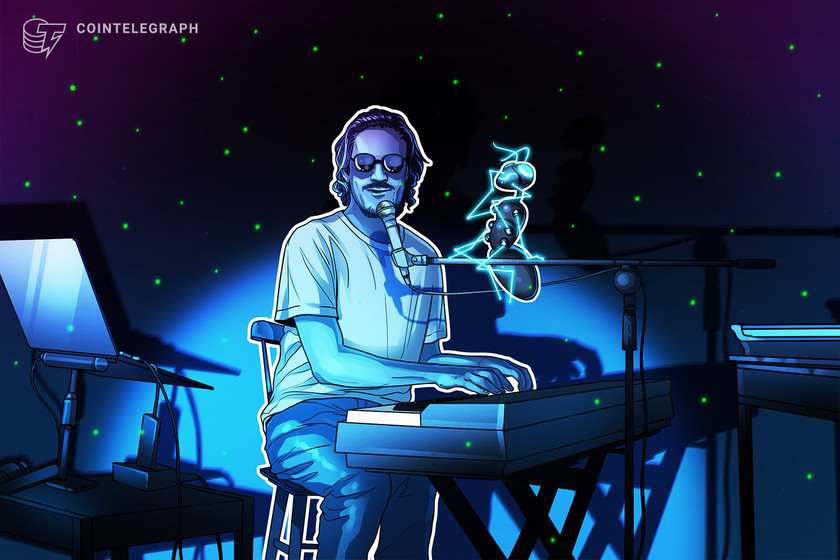 Today’s internet is a far cry from its original intent as an open space, but Web 3.0 promises an open, transparent and creator-friendly future of the internet.

Blockchain tech has come a long way. It wasn’t that long ago that crypto remained at the fringes, evangelized by a vocal minority. The narrative shifted once the COVID-19 pandemic pushed people into their homes with plenty of time to dive into new interests. Crypto benefited from the increased attention, entering everyday conversations among friends, family and colleagues.

Even so, it’s still early in crypto. Widespread adoption remains elusive and traditional tech gatekeepers maintain their grip on the digital economy. To loosen that grip, those of us building the decentralized internet, or Web 3.0, have to do a better job at defining the narrative about what’s at stake if we continue along with the status quo.

We have an especially compelling opportunity to seize the narrative after this past month when sentiment against Web 2.0’s centralized controllers turned especially sour. The stakes are becoming clearer as we see how Web 2.0’s structural inequalities affect us all.

First, Facebook testified in front of Congress as a former employee came forward with suppressed research showing the platform put “profits over safety” of its users. The testimony was coupled with a major outage at Facebook, affecting all of its products worldwide. Then, finally, an anonymous hacker published a trove of Amazon.com Inc.’s video game streaming platform Twitch data that included source code and creator payouts in an attempt to “foster more disruption and competition in the online video streaming space.”

While I don’t condone unauthorized access to a company’s proprietary information, I certainly understood the emotions involved. As a Web 3.0 entrepreneur focused on building an open infrastructure for video streaming, the size and reach of Twitch, YouTube and Facebook can stifle innovation. There’s not much space for upstart services to muscle their way into territory that’s dominated by the economies of scale (and access to eyeballs) that these companies enjoy.

So, how can we bend the web back toward its original vision of being an open platform and global utility where anyone can contribute and build? We need to seize the narrative to welcome more builders and users at the core of a thriving Web 3.0 ecosystem.

The open-source nature of Web 3.0 means that rather than proprietary code being hacked and leaked, contributors can collaborate on technology and features from day one. Contrast that with the walled gardens built and protected by the Big Tech gatekeepers. Once locked inside, there’s little recourse or ability to leave. People, companies and developers are simply beholden to the whims of the centralized authority, forced to adapt to changes in product or terms.

I witnessed the outsized influence these gatekeepers have on developers firsthand. After our first company was bought by Groupon, my co-founder and I built a company that relied on application programming interfaces (APIs) from the major tech gatekeepers: Facebook, Google, Pinterest and Twitter. Initially, these platforms were more open, allowing us to plug our service into these platforms. Abruptly, our access was cut off as these platforms decided to close off access to third parties. Our service ended up failing because those platforms didn’t remain open, which was a vivid lesson of the risks of building on someone else’s tech stack.

This experience led us to our next venture: building the open video infrastructure for live streaming. By building in an open and decentralized manner, we’re able to attract developers, nurture a community and re-align incentives that protect all stakeholders. It’s an approach that requires a shift from a mindset of protectionism to one of abundance. The pie is either only so big. Therefore, the competition must be stifled and prevented at all costs or the sum is greater than its parts, and a community can build more value together than it could alone.

At its most pure, the Web 3.0 economy is transparent and permissionless, giving stakeholders the confidence that entrenched interests aren’t secretly pulling the strings and controlling outcomes in their favor. This form of creative patronage becomes more popular every day, as it’s much more creator-friendly than current options.

These transparent economics are what creators lack from existing Web 2.0 dynamics. As creators build within walled gardens, they remain locked into whatever economics each platform chooses. And if the platform changes those economics, the creator has little recourse: With few alternatives, the option to leave is often economically infeasible.

Web 3.0 builders must also underscore how the elimination of tax-taking gatekeepers allows creators to keep more of the money they’ve earned from their communities. “Keep more of what you earn” and “Support more of what you love” are great narrative boosters as Web 3.0 looks to displace Web 2.0. With that messaging, it’s not only about empowering creators but also about empowering fans to give more of their money to their favorite creators.

The final pillar of Web 3.0 is aligning incentives between creators, users and the platform itself. These incentives influence a platform’s accountability and governance, which then affects toxicity, inclusion and control.

Accountability and governance are major issues when it comes to aligning incentives. Web 2.0 gatekeepers have little incentive to “do right by” creators and users. Why would they? Since there’s little competition, users are stuck in the walled garden. And, as privately-owned entities with little outside regulation, they can do whatever they want. It’s a “we set the rules, so take it or leave it” attitude and an “us vs them” mentality.

With Web 3.0, governance is often decentralized via a decentralized autonomous organization, or DAO, or other ingrained community feedback mechanisms. By decentralizing community management away from centralized authorities, there’s a tendency toward self-moderation. Communities built around shared passions enjoy natural moderation and when community members step out of line, the community takes action. And if a community member dislikes something, they can submit proposals for community vote to change the platform’s direction.

Ultimately, creators want more direct relationships with their fans and influence over the governance of the platforms they use. The Web 3.0 paradigm attempts to address this by enabling creator-driven platforms that also allow users to be owners in platforms, often coordinated through tokens. As they benefit directly through the growth of the platforms, users have the incentive to provide key services like moderation to prevent things like hate raids.

Of course, nothing is perfect. Web 3.0 will still struggle with some of the moderation issues faced by other major platforms. Critics of decentralized platforms say that the lack of a centralized authority will make moderation even more difficult.

But, as more platforms emerge to serve niche communities (rather than a single entity capturing everyone inside a walled garden), these smaller communities are less appealing targets for the toxicity that plagues larger platforms with global reach. It’s just harder to peddle misinformation and engage in trolling when there are dozens, or hundreds, of platforms.

Web 3.0 builders must recapture this narrative and move beyond “winner takes all” to “community above all.” It won’t be easy. And there’s still a way to go until Web 3.0 generates more creator wealth than the internet ever did.

As Web 3.0 scales, we also have to protect ourselves from regressing towards the mean. It would be a shame to simply replicate the existing gatekeeper model. That’s why we must continue to deftly message the Web 3.0 narrative to help both developers and everyday users understand the value of Web 3.0 — and the pitfalls of staying the course with Web 2.0’s current dynamics.

After watching Web 2.0’s recent stumbles, it’s clear that we’ll continue to be gifted with impactful examples of just how far we’ve gotten off track — and what we need to do to restore the original vision of the internet as an open place that’s additive and creative for society.

We’re in this for the long haul. It’s on us to evangelize, listen to users and build with a community mindset first and foremost.

Doug Petkanics is a co-founder at Livepeer, where the team is building a decentralized live video broadcast platform to enable the next generation of video streaming. Prior to Livepeer, Doug was co-founder and CEO of Wildcard, a mobile browser. He also co-founded Hyperpublic, which was acquired by Groupon. He was the VP of Engineering at both.