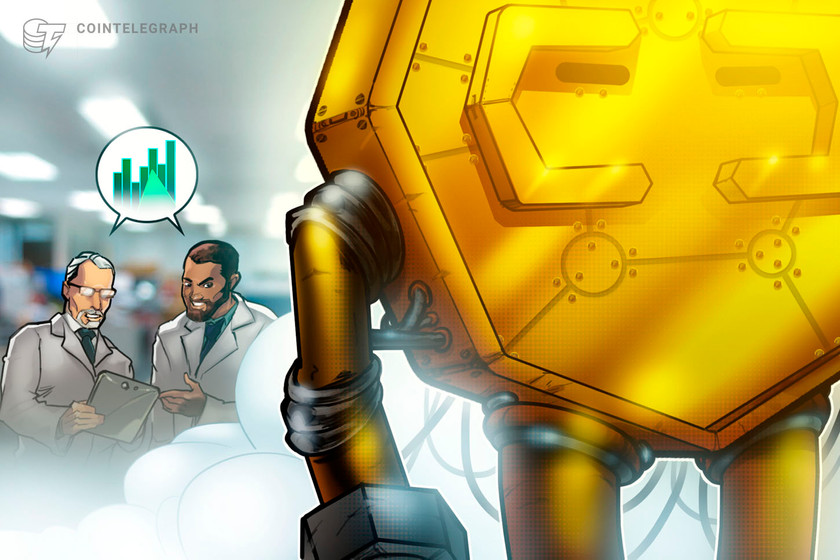 Altseason rumors are on the rise on Nov. 9 as altcoins capitalize on Bitcoin’s move to a new all-time high and the ensuing consolidation that tends to occur after (BTC) pulls back to retest underlying support levels.

As is often the case when Bitcoin has pullbacks during a bull market, some of the outflows find their way into the altcoin market and the chart below shows this dynamic is at play on Nov. 9.

Data from Cointelegraph Markets Pro and TradingView shows that the biggest gainers over the past 24 hours were Livepeer (LPT), Loopring (LRC) and Keep3rV1 (KP3R).

Livepeer is a decentralized video streaming platform built on the Ethereum (ETH) network that looks to offer a viable blockchain-based alternative to centralized broadcasting solutions.

VORTECS™ data from Cointelegraph Markets Pro began to detect a bullish outlook for LPT on Nov. 7, prior to the recent price rise.

As seen in the chart above, the VORTECS™ Score for LPT began to pick up on Nov. 7 and climbed to a high of 75 around one hour before the price increased 226% over the next two days to a new record high at $99.83.

The price appreciation for LPT comes after the protocol co-hosted the COLLIDE event with the Glass streaming platform, which was the first-ever live concert to include live minting of video nonfungible tokens (NFT).

Loopring ramps up its presence in the layer-two race

Loopring is a layer-two (L2) scaling solution for the Ethereum network that utilizes zk-Rollups to help decrease fees and increase throughput for decentralized exchanges (DEX) and payment protocols.

VORTECS™ data from Cointelegraph Markets Pro began to detect a bullish outlook for LRC on Nov. 5, prior to the recent price rise.

As seen in the chart above, the VORTECS™ Score for LRC began to pick up on Nov. 4 and reached a high of 72 on Nov. 5, around five hours before the price increased 142% over the next four days.

The sustained momentum for Loopring comes as the layer-two protocol continues to offer lower transaction fees compared to other L2 solutions including Arbitrum and Optimism as fees on the Ethereum network remain elevated.

Keep3rV1 has a community vote

Keep3rV1 is a project designed to help connect projects with outside development sources through the creation of a decentralized, blockchain-based job board.

VORTECS™ data from Cointelegraph Markets Pro began to detect a bullish outlook for KP3R on Nov. 5, prior to the recent price rise.

As seen in the chart above, the VORTECS™ Score for KP3R was elevated in the green zone for several days and reached a high of 71 on Nov. 5, around 23 hours before the price increased 79% over the next three days.

The spike in price for KP3R comes as the protocol is undergoing a governance vote where token holders get to vote for the top pools on its Fixed Forex decentralized stable coin framework.