Just buy it: Nike wants to bring sneakerheads into the Metaverse 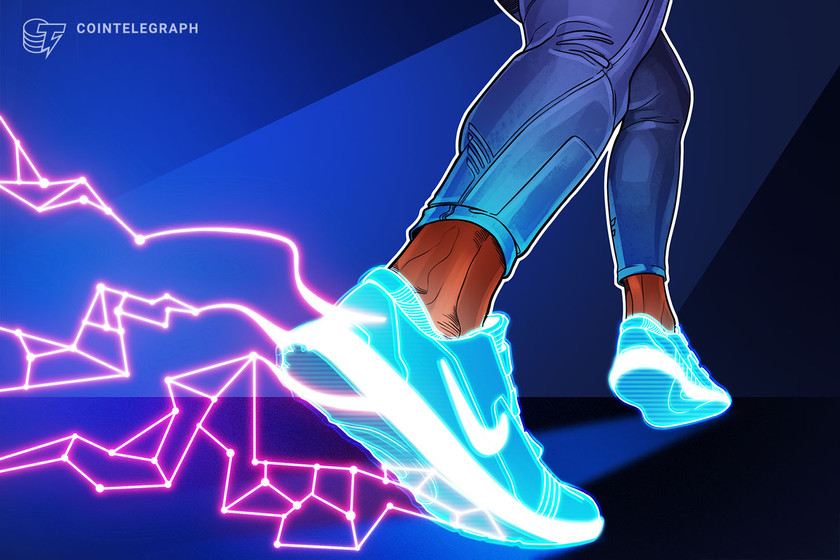 Nike intends to sell you digital products in the Metaverse, and you will buy them because Nike knows how to make you want them.

Look at your feet. A lot of you (raises hand) are wearing Nikes right now. For the fiscal year ending May 31, 2021, Nike reported its revenue was up 19% to $44.5 billion for the year. But that’s here. What about in the Metaverse?

For those as of yet unfamiliar with the concept, the easiest — yet very incomplete — way of imagining the Metaverse is imagining yourself existing in a real-life video game. Nike enters and provides very cool meta-stuff.

This is no joke. Nike is very serious about the Metaverse.

Patent filings dating way back to the pre-Metaverse universe in 2018 reveal that Nike has seriously been stockpiling the tools with which it can do business in the Metaverse. These digital tools will include sneakers but also avatars and other forms of virtual branding. Sure, Nike intends to sell you digital products (and you will buy them because Nike knows how to make you want them), but the meta-plan revolves around entire digital worlds.

Is this just Nike being Nike? Sure, but if we choose to define that as creating net-new revenue streams, as it has throughout its entire history, then good for it. Someone’s going to own the Metaverse swag, and it might as well be Nike.

The Metaverse has rules that will be new for Nike

Nike needs to be prepared for the notion of destruction by duplication. In this temporal world, Nike has been very litigious of late with its intellectual property (IP). Yet, in the Metaverse, duplication will transcend our current conceptions of what’s legal. The value of Nike’s meta-wares will absolutely be affected by what the company would deem to be pirates yet others would call artists.

In the real world, there is a recent art project called the Museum of Forgeries with significant commercial application. In brief, Brooklyn art collective Mschf bought an original Warhol for $20,000 and made 999 exact forgeries. It then mixed in the original and sold all 1,000 “might be real” Warhols for $250 each for a grand total of $250,000, of which $230,000 is profit.

The same thing will happen in the Metaverse. Some rare Nike drops (what we sneakerheads call a new release of a shoe or even a color — known as “colorway” — of a shoe) will be real, some may be real, and some will be either knowingly or unknowingly fake.

The Metaverse is new for courts

As to how courts are eventually going to deal with these metaverse disputes, Samir Patel, a Miami attorney and an appointee to the Miami-Dade Cryptocurrency Task Force, recently tweeted:

A judge’s lack of knowledge on blockchain technology is completely missed by devs who think their inventions circumvent the law. Judges judge on what they know, not what you know. https://t.co/QDnLihGu9e

I talked to Patel about the realities of the new Metaverse and how it’s going to be a quick, harsh discovery when judges realize that common law precedent will be more of a hindrance than a help in deciding Metaverse cases. As Patel said:

“Legal doctrine like real property rights, breach of wet contracts and copyright infringement of human-derived work will govern the relationships in the metaverse (MV).”

He continued: “So, when Nike wants to participate in the MV, whether that be with virtual storefronts, gear for avatars, or create new products exclusively for the MV, then its lawyers need to build a nexus between the MV legal violation or claim and meatspace.”

Just that fact that few-to-no judges (and very few lawyers) have used or even heard the term “meatspace” is itself an issue. The term refers to our physical world, as opposed to cyberspace or a virtual environment such as the Metaverse.

So, yes, Metaverse claims will need to be dumbed down for judges, at least initially written in such mundane ways, using such traditional language, so that judges won’t get lost.

Patel sees a real opportunity here. “Nike has the resources to educate judges through trial because they can afford to pay their lawyers to drag out litigation, but other smaller petitioners would have a hard time convincing a judge that they own virtual property that exists on a virtual land registry, maintained by a decentralized blockchain,” he said.

Patel explained to me that if he were to buy virtual land in the Metaverse, the judge would probably view the transaction as a sale of goods and not a transfer of real estate. Because statutory regulations do not contain nor entertain the notion of virtual real estate, this virtual land can’t be recorded in a virtual land registry because that registry is not governed by a municipality or sovereign.

“So, if Nike were to sell a pair of virtual sneakers, but don’t deliver the sneakers to the buyer, then that is a breach of contract in the sale of sneakers. But the bargained-for exchange of value will still need to be articulated and possibly recorded in meatspace,” Patel explained.

Related: To work for everyone, the Metaverse must be decentralized

The Metaverse may be as litigious as meatspace

And there are going to be plenty of claims. If Nike has a problem with its creations being modified in meatspace without its permission and defendants in Nike lawsuits boldly answer that modifications are art, not IP theft, just imagine the Metaverse. Patel noted:

“IP laws will be tested in the MV, if artificial intelligence is used to create landscapes or other virtual objects.”

He added: “That’s because AI derived work is not covered by U.S. copyright laws. So, if I were to deploy AI in the MV and the AI creates something wonderful, I have zero rights to the derived work and someone else can mimic the work and claim copyright for themselves. It will be exceedingly difficult to protect one’s copyrights because the MV could be so vast and the infringer could be an AI-deployed entity. Judges will treat these issues using meatspace copyright laws.”

This leaves us with the only viable way to change how judges view and decide cases in the Metaverse: by changing our existing laws to accommodate virtual reality. Without this change, as viewed through the eyes of judges, everything is meatspace and virtual reality doesn’t exist as a legal reality.

The true legal reality, as Patel pointed out, is that “Nike would be prudent to hire attorneys that are well-versed, and I mean really well-versed, in real property, the Uniform Commercial Code, as well as experts in blockchain technology.”

With the Metaverse providing a new virtual world of opportunities to create, sell, buy and sue, it’s going to be fascinating to watch through societal, commercial and legal lenses. Just the fact that Nike has been getting ready to create, sell and litigate in this new space means that you should also get ready for the reality of the Metaverse, coming soon to a computer or phone very near you.

Aron Solomon is the chief legal analyst for Esquire Digital and has taught entrepreneurship at McGill University and the University of Pennsylvania. Solomon was elected to Fastcase 50, recognizing the top 50 legal innovators in the world. His work has been featured in CBS News, CNBC, USA Today, TechCrunch, The Hill, BuzzFeed, Fortune, VentureBeat, Yahoo!, and many other leading publications.

President Biden picks Jerome Powell to be next Fed chair

« Vorig bericht
Top 5 cryptocurrencies to watch this week: BTC, AVAX, MATIC, EGLD, MANA
Volgend bericht »
What is Mimblewimble and how does it work?