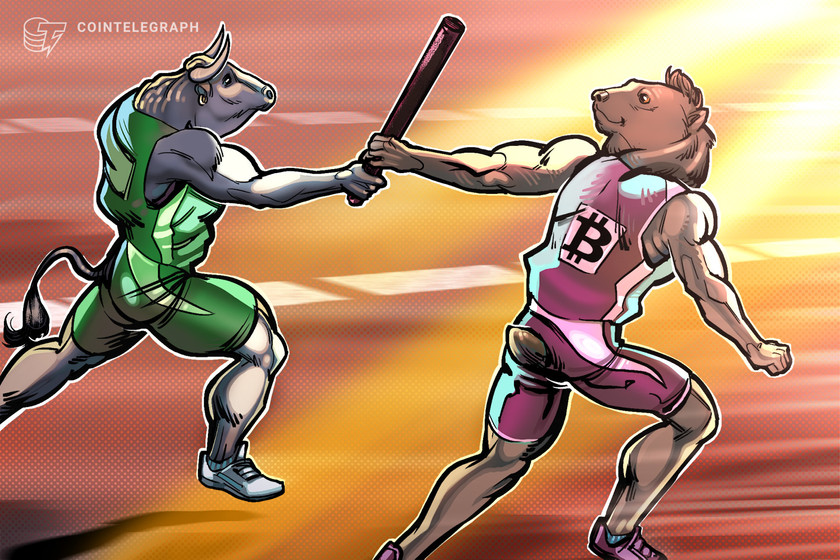 Prices of $42,000 per Bitcoin were more than enough ammunition for well-known Bitcoin bears to reload.

As the Bitcoin (BTC) price slides to 2022 lows, the Bitcoin bears have come out to play. Popular names in the BTC space including Sam Bankman-Fried and John Carvalho heeded words of caution overnight, while gold bug Peter Schiff and eternal pessimist CryptoWhale were keen to kick the coin while it was down.

A liquidation cascade on Jan. 6 took out more than $318 million BTC positions of which over 88% were long. The price corrected to circa $42,500 per BTC.

News of a mining ban in Kazakhstan and the Federal Reserve’s decision to hike rates were likely causes for the slump in crypto market confidence.

Long-standing gold proponent and crypto skeptic Peter Schiff tweeted that if “Bitcoin breaks $42K it’s headed to $30K. If it breaks $30K it could crash to $15k. All this might happen very soon.” He encouraged BTC leveraged investors to sell now to avoid liquidation at lower prices.

CryptoWhale, a self-proclaimed crypto analyst and perma-bear with upwards of 400,000 Twitter followers, said, “Bitcoin is going under $10K this year. Don’t forget that.” A relentless Bitcoin bear, the account has called for a sub-$10,000 BTC since as early as October last year.

The Bitcoin Fear & Greed Index is at lows not seen since 2021 which is usually the time that BTC OG’s clarion calls are sounded. It registered a score of 15 or extreme fear this morning.

Sam Bankman-Fried, the CEO of FTX crypto exchange, didn’t exactly assuage investors’ concerns about the bearish woes. He recommended that the best thing to do in a bear market is to build, before hastily clarifying that “down today doesn’t mean down tomorrow.”

EVERYONE must endure the brutal Bitcoin rite of passage of a bear market where their investments are severely under water.

This includes Elon, Jack, and Saylor.

As he points out, the BTC market can be a baptism of fire for newcomers. It could be some time before the bears return to hibernation.

How blockchain technology might bring triple-A games to metaverses