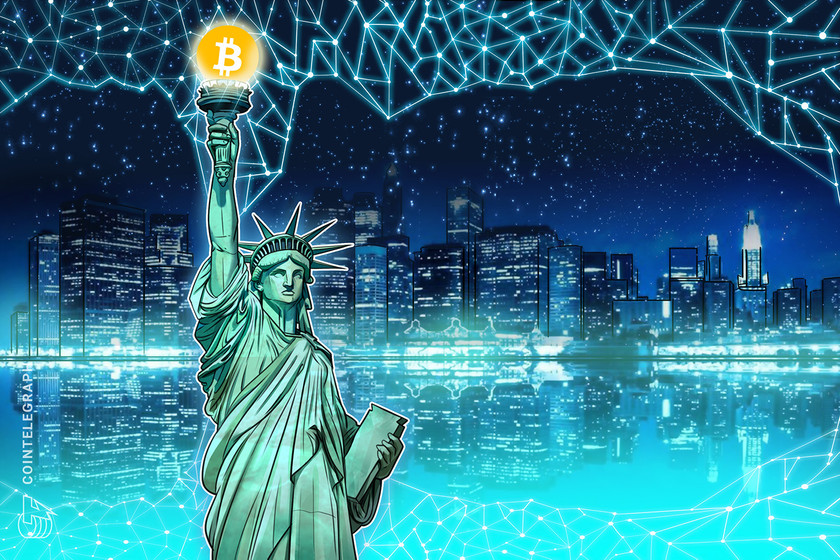 A familiar scene as U.S. trading begins sees BTC price action head for formidable resistance at $60,000 and beyond.

Data from Cointelegraph Markets Pro and TradingView showed BTC/USD gaining 2% in an hour Wednesday, cancelling out the majority of overnight losse

The pair had hit $59,000 the day before in a similarly-timed move before giving up progress to dive to local lows of $56,700 on Bitstamp.

For Cointelegraph contributor Michaël van de Poppe, hope was back that Bitcoin would now challenge firm resistance at $60,000.

Looking to attack the highs here at $60K. pic.twitter.com/nyx2XvE8Sw

As Cointelegraph reported, the area at and above $60,000 now represents the resistance level to beat and hold in order to secure bullish continuation.

Recent events appeared to make such a scenario less likely in the short term, as resistance intensified and support at lower levels conversely evaporated.

Much like what happened earlier in the year with the $30,000 floor, however, hope remains that $50,000 will continue to form the line in the sand.

Wall’s been pulled. Either they’re done accumulating (30k wall was also pulled at the time), or VolQ is right. pic.twitter.com/sG6DdtFQzL

The November close meanwhile marked the first failure in a longstanding Bitcoin price model to capture BTC price performance. The floor model from analyst PlanB predicted an end-of-month price of $98,000.

Ethereum comes within 5% of all-time highs

Altcoins took advantage of the latest Bitcoin increase, with the top ten cryptocurrencies by market cap posting as much as 6% gains on the day.

Ether (ETH) returned to within striking distance of $5,000, this accompanied by continued strength against Bitcoin.

ETH/BTC hit 0.083 BTC Wednesday, marking its highest since May and almost challenging levels from 2018.

“ETH is only +5% away from reaching new All Time Highs,” trader and analyst Rekt Capital noted.