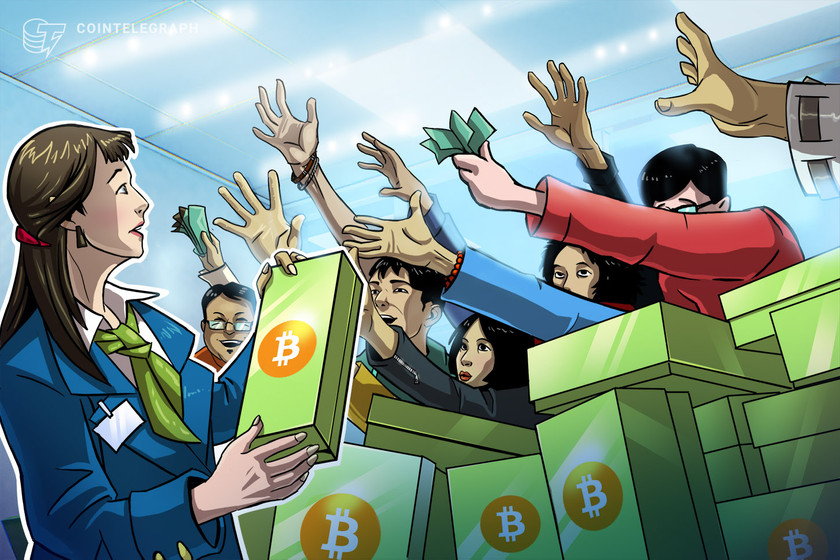 Coinbase users appear hungry for coins as a trading firm forecasts a “major flippening” in BTC ownership coming in January.

Almost 10,000 Bitcoin (BTC) left major United States-based exchange Coinbase on Dec. 30 in a sign that investor appetite is returning to the sphere.

The buy-in, which runs in contrast to rising or flat balances on other major exchanges, marks a conspicuous short-term trend shift.

The latter half of December has been characterized by platforms such as Binance and OKEx seeing increased inflows of BTC — something commentators feared could be a forewarning of a sell-off.

While such a mass sale of BTC has not yet occurred, not everyone believes that it will stay that way.

At the same time, the exodus of registered Chinese users from exchange Huobi Global could be triggering a reorganization of funds, a more recent theory suggests.

According to Coinglass, Binance is up 840 BTC as of Friday, while OKEx has seen 767 BTC inflows. Huobi has lost a mere 158 BTC, but in December as a whole, a giant 14,044 BTC has left its books, hinting at the extent of the Chinese user exodus.

On the monthly view, Binance easily wins in terms of inflows, now up over 66,000 BTC versus the end of November.

Nonetheless, it was Coinbase attracting pundits as 2021 drew to a close.

An institutional “flippening” is coming

Beginning in early January after the holiday period, institutions are meanwhile predicted to reenter the limelight when it comes to BTC ownership.

Related: First US Bitcoin ETF a ‘dud’ in 2021 as GBTC discount stays near record lows

In its end-of-year summary and 2022 forecast report, “Just Crypto,” trading firm QCP Capital announced a “flippening” in the investor sphere from retail to institutional.

“In 2022, the first thing we expect to see is a major flippening of crypto ownership from primarily retail to institutional players, with institutions having a much larger participation,” it stated.

Such an event would see big players unfazed by recent price action, with BTC spot allocations still outperforming assets such as crypto stocks in 2021.