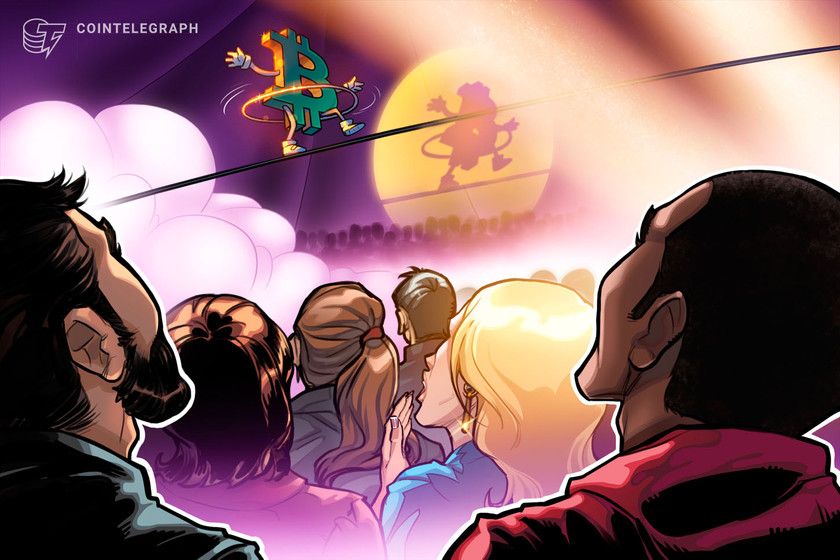 Short-term profit opportunities are there, but so are concerns over a “panic” sell-off still absent from BTC price charts.

Data from Cointelegraph Markets Pro and TradingView showed the pair giving up ground prior to the Wall St. open to increase its 48-hour correction to 10.4%.

The latest move in a familiar pattern of behavior, the market showed that the range in which Bitcoin has acted in December remains very much in play.

As market participants resigned themselves to a lackluster end to the year, popular trader and analyst Scott Melker noticed a possible buying opportunity at current levels on short timeframes.

Bitcoin’s relative strength index (RSI), in addition to other bullish signals, had entered “oversold” territory during the dip in what is a classic buy-in trigger.

“If you are trading small time frames, there’s very solid risk/reward of punting longs here,” he wrote in one of several tweets about the opportunity.

“RSI oversold, hourly about to make a bull div, at the range EQ, low conviction selling on minimal volume.”

Beautiful bullish divergence with oversold RSI on the hourly chart. Small time frame, so I look for the div to build to higher time frames. The 4-hour would be next.

As I said, great potential R/R for a trade here back to the 50Ks. pic.twitter.com/a6T0sPCG6X

BTC/USD subsequently bounced from the lows to return above $47,000.

Melker had previously defended the retracement from $52,000, arguing that “nothing had changed” overall for rangebound Bitcoin.

Not everyone, however, was optimistic.

Peter Brandt, the veteran trader who earlier in the week had warned of “fake breakouts” in thin-liquidity markets over the holidays, now eyed room for further downside.

Still yet to happen … https://t.co/o4I4KuVMNf

A phase of “panic capitulation” worse than early December appearing is nonetheless a topic of debate.

Retail investors, others argued, were likely not prone to mass selling at current levels, pointing to increases in small-balance wallets and evidence of strong hodl behavior throughout the year.