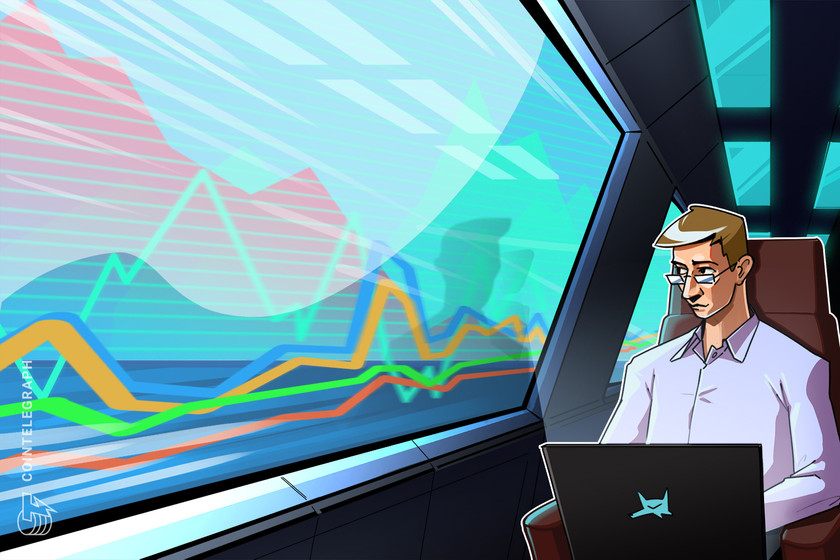 The U.S. dollar index (DXY) could continue its slide in Q4, according to a classic technical setup known as a “rising wedge.” The greenback’s bearish prospects may boost Bitcoin’s (BTC) price to new all-time highs as it holds above $62,000.

Rising wedges are bearish reversal patterns that begin wide at the bottom but contract as the price increases. As a result, the trading range narrows, which makes the rally unconvincing. That typically prompts the price to break below the wedge’s support line and later fall by as much as the maximum distance between the pattern’s trendlines.

The DXY has been forming a similar price structure since August. Moreover, the index’s decline this week had it break below the wedge’s support line, therefore triggering a bearish setup toward 92.416, down about 1.75% below the level of breakout (around 93.98).

A week ago, DXY reached a one-year high of 94.563, reaping the benefits of stagflation fears and the Federal Reserve’s decision to unwind its $120-billion-a-month asset purchase program in November, followed by interest rate increases next year.

But the index dropped to a three-week low on Oct. 19, underscoring that money markets have priced in the Fed’s tapering decision. Instead, their focus has shifted toward policy normalization elsewhere, including the United Kingdom, where analysts have forecasted rate hikes worth 35 basis points by the end of this year.

Bitcoin price found support from the weaker dollar this week, in addition to optimism about the debut of the first exchange-traded fund (ETF) tied to BTC futures on the New York Stock Exchange.

BTC/USD has rallied by over 40% month-to-date to hit a five-month high of $62,987 on Oct. 19. A minor correction ensued, but Bitcoin held $62,000 as its interim support against a weakening dollar sentiment.

Technically, Bitcoin reached the bullish exhaustion level of its prevailing ascending channel range. With its relative strength index (RSI) also overbought with a reading above 70 on the daily timeframe, the cryptocurrency could undergo an interim price correction with a short-term support target near $60,000.

Tom Lee, co-founder of Fundstrat Global Advisors, said in a note on Oct. 18 that ETFs based on Bitcoin futures would together attract more than $50 billion in inflows in the first year, adding that BTC could conceivably rise to $168,000 in response.

Jurrien Timmer, director of global macro at Fidelity Investments, noted that Bitcoin would become a six-figure asset by 2023, citing Metcalfe’s law, which measures a network’s value based on its growth rate.

“Other technology innovations, and even, like, a stock like Apple — not that I’m a security analyst — has gone through that same process, where its sales go up 38-fold over 10, 20 years, and its market value goes up by 900-fold,” Timmer told Yahoo Finance, adding:

The views and opinions expressed here are solely those of the author and do not necessarily reflect the views of Cointelegraph. Every investment and trading move involves risk, and you should conduct your own research when making a decision.