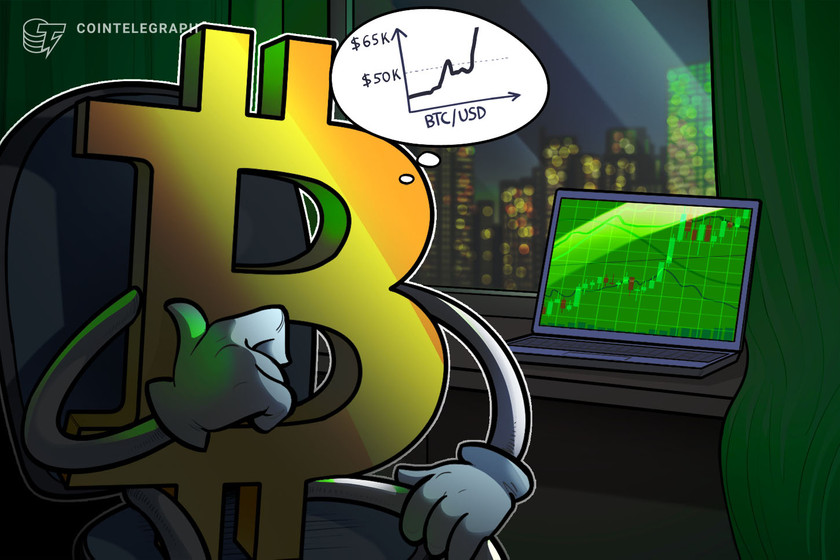 Bitcoin price flashed a few bullish signals on Nov. 29, leading analysts to share their opinions on why BTC should close November above $60,000.

The cryptocurrency market saw a boost in sentiment after the price of Bitcoin (BTC) surged above $58,000 in a long-awaited move that rejuvenated traders who have been anxiously waiting for a resumption of the uptrend.

Here’s a look at what analysts and traders are saying about Nov. 29’s price action and whether or not Bitcoin is likely to reclaim the $60,000 level.

Bitcoin’s sudden move to $58,000 may have had caught some traders off guard, but according to independent market analyst and Cointelegraph contributor Michaël van de Poppe, the current price action is going as expected.

According to van de Poppe, following Nov. 28’s spike above $57,000, “You’d preferably want to see a flip of the $56,000 area to be taking place” to establish a higher support level, which would be followed by a further price breakout.

BTC is set up for a strong monthly close

Pseudonymous Twitter analyst “Rekt Capital,” suggested that November’s price action for BTC is a retest of the newly established support zone near $58,750.

Similar bullish sentiments on Bitcoin’s monthly price were shared by “Nunya Bizniz,” who posted the following charts pointing out the key support levels to keep an eye on as the month of November comes to an end.

“The month closes tomorrow. A close above these two levels should be bullish.”

A look at how the current price movement seen in BTC compares with past bull markets was provided by analyst and pseudonymous Twitter user “Techdev,” who posted the following tweet looking at the price action for Bitcoin in 2017 as compared with now, as well as the 1970s price action for gold.

Update on the 3 #BTC models I am currently tracking:

December will be revealing and indicators will be key. pic.twitter.com/1HEXlL5yus

The views and opinions expressed here are solely those of the author and do not necessarily reflect the views of Cointelegraph. Every investment and trading move involves risk, and you should conduct your own research when making a decision.

China to ‘maintain a high-pressure situation’ on crypto, official says