What are the long-terms goals for the Ethereum blockchain? Vitalik Buterin explains live at EthCC

On Thursday, Vitalik Buterin, co-founder of Ethereum, shared his long-term vision for the namesake blockchain live at the annual Ethereum Community Conference, or EthCC, in Paris. As told by Buterin, Ethereum is currently at an inflection point, or period of rapid change, before the ecosystem’s capability will eventually settle down.

Currently, the foremost priority for Ethereum is building an easy-to-use light client for consensus layer, execution layer, and layer-two solutions by default. Next is better support for home stakers or those looking to validate network transactions when Ethereum transitions to a proof-of-stake blockchain but possesses less than the required 32 Ether. Finally, Buterin believes it’s critical that Ethereum can eventually be run on a full node with lighter hardware.

As for the long-horizon roadmap, Buterin plans to upgrade Ethereum with better cryptographic technologies, potentially for quantum resistance, if they come out and additionally further integrate with zero knowledge Ethereum Virtual Machines, or zk-EVMs should they work out. “We also need to keep an open mind,” says Buterin. “We don’t know exactly what the needs of 2032 will demand.”

But the Ethereum co-founder also shared his skepticism about a few other potential opportunities. These include adding support for multiple, complex virtual machines, getting too comfortable with blackbox technologies such as zk-SNARKs, or making the protocol too complex to render it incomprehensible overall without the aid of specialists. Ethereum is on the verge of its proof-of-stake transformation dubbed the “Merge.” Despite being over two years in the making, some developers are still skeptical about whether there will be a safe transition. 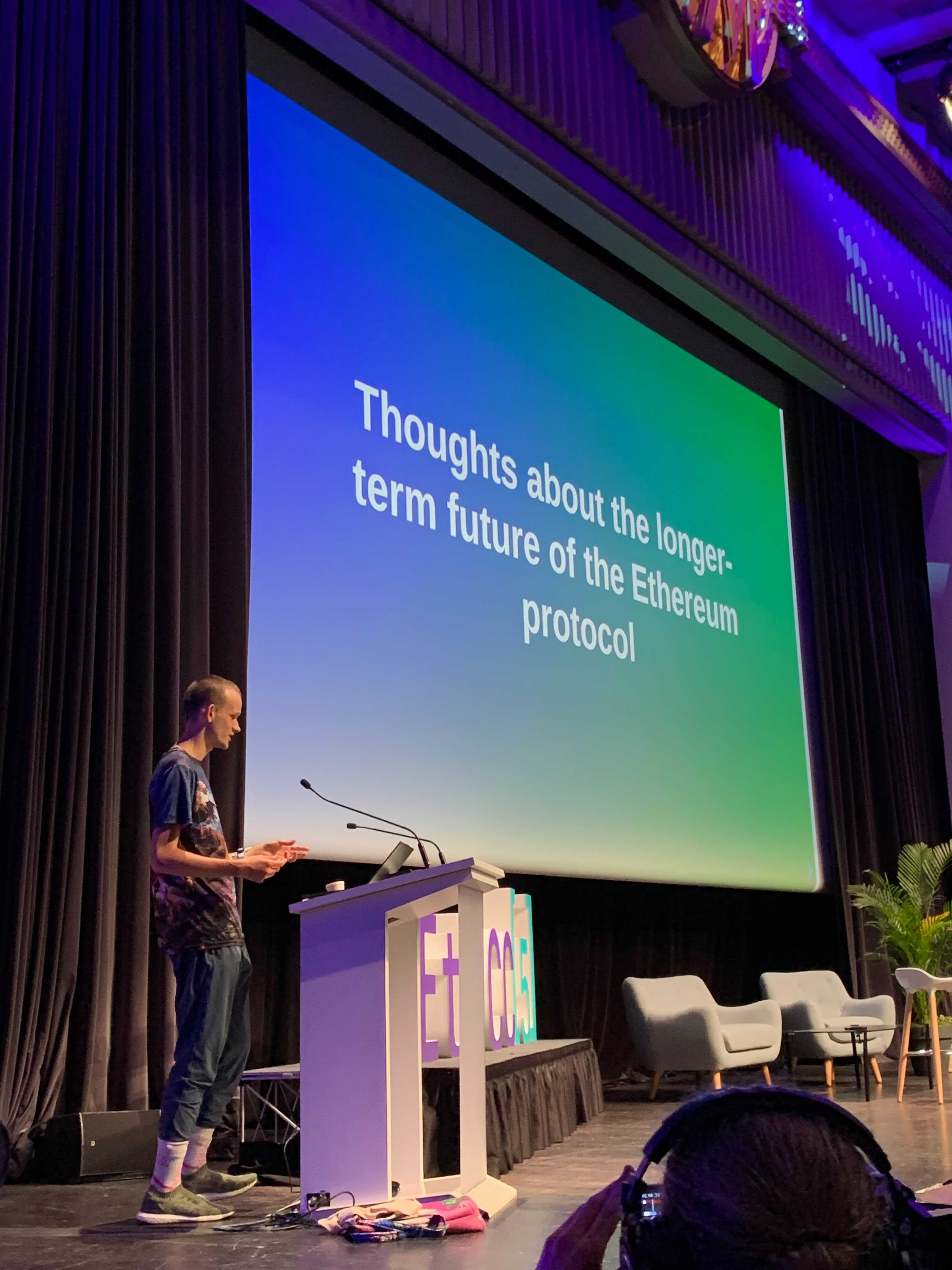