Bitcoin (BTC) and altcoin trading volumes have surged at a major Ukraine cryptocurrency exchange in the aftermath of Russia’s invasion, data shows.

According to monitoring resource CoinGecko, on Feb. 24, volume at Kuna almost trippled to over $4 million.

Crypto on the radar of Ukrainians

As the armed conflict with Russia began, the impact on the fiat currencies of both countries was immediately apparent.

While the Russian ruble suffered noticeably more, the Ukrainian hryvnia also fell, targeting 30 per dollar in what would be a new all-time low.

Ukraine, which just this month finally ratified a law legalizing cryptocurrency after much to-and-fro between lawmakers, unsurprisingly saw interest in alternatives snap higher.

The effect was obvious at seven-year-old Kuna, volumes at which were under $1 million on Feb. 21 but almost $4.1 million three days later.

As per the CoinGecko data, the fervor has already begun to subside after the initial rush, this coinciding with stabilizing fiat rates versus the U.S. dollar and other major currencies.

Less clear were Kuna’s own rates, these showing a curious spread either side of the Bitcoin spot price. At the time of writing, BTC/USD traded at $38,300 on Bitstamp, while Kuna’s USD pair was over $40,000. 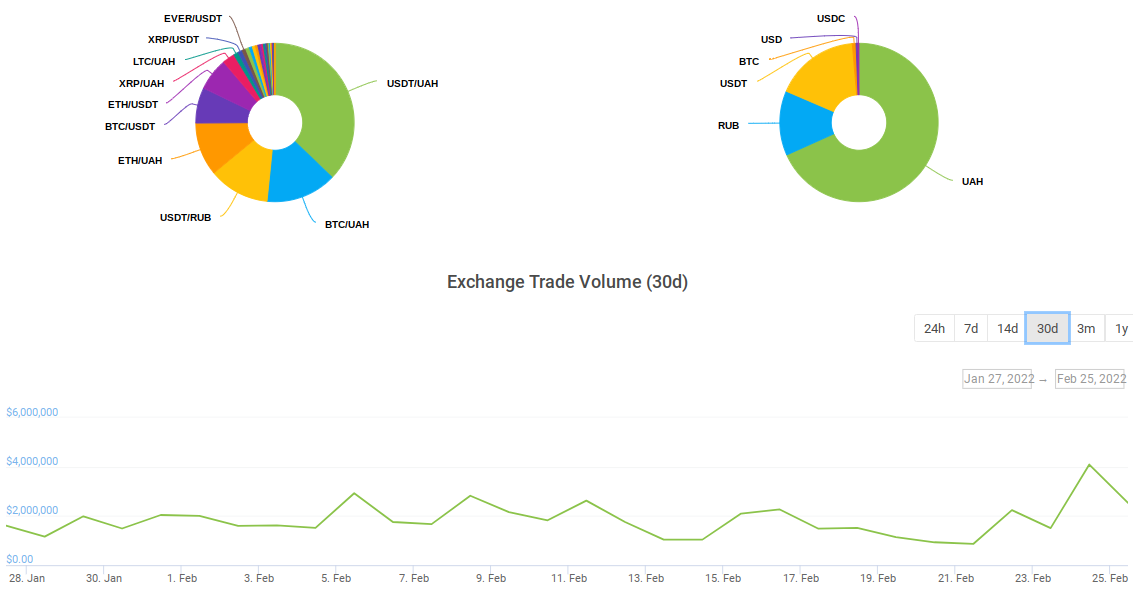 A separate argument for entry into Bitcoin meanwhile came from government currency controls this week.

Russia’s central bank meanwhile began intervening in forex markets to prop up its nosediving ruble Thursday, with several moves seemingly occuring over the past 24 hours.