United States Treasury Secretary Janet Yellen listed stablecoins as one of the major policy concerns in the digital asset space for regulators, currently subject to “inconsistent and fragmented oversight.”

Speaking to attendees at American University in Washington, D.C. on Thursday, Yellen said the Treasury Department was working with Congress to advance legislation to help ensure that “stablecoins are resilient to risks” for consumers and the U.S. financial system. According to the Treasury Secretary, while stablecoins raised “policy concerns” and issues around the coins’ reserve assets, many parts of the digital asset space present potential risks that could exacerbate inequality.

“Our regulatory frameworks should be designed to support responsible innovation while managing risks and especially those that could disrupt the financial system and the economy,” said Yellen. “As banks and other traditional financial firms become more involved in digital asset markets, regulatory frameworks will need to appropriately reflect the risks of these new activities. And new types of intermediaries such as digital asset exchanges and other digital native intermediaries – they should be subject to appropriate forms of oversight.” 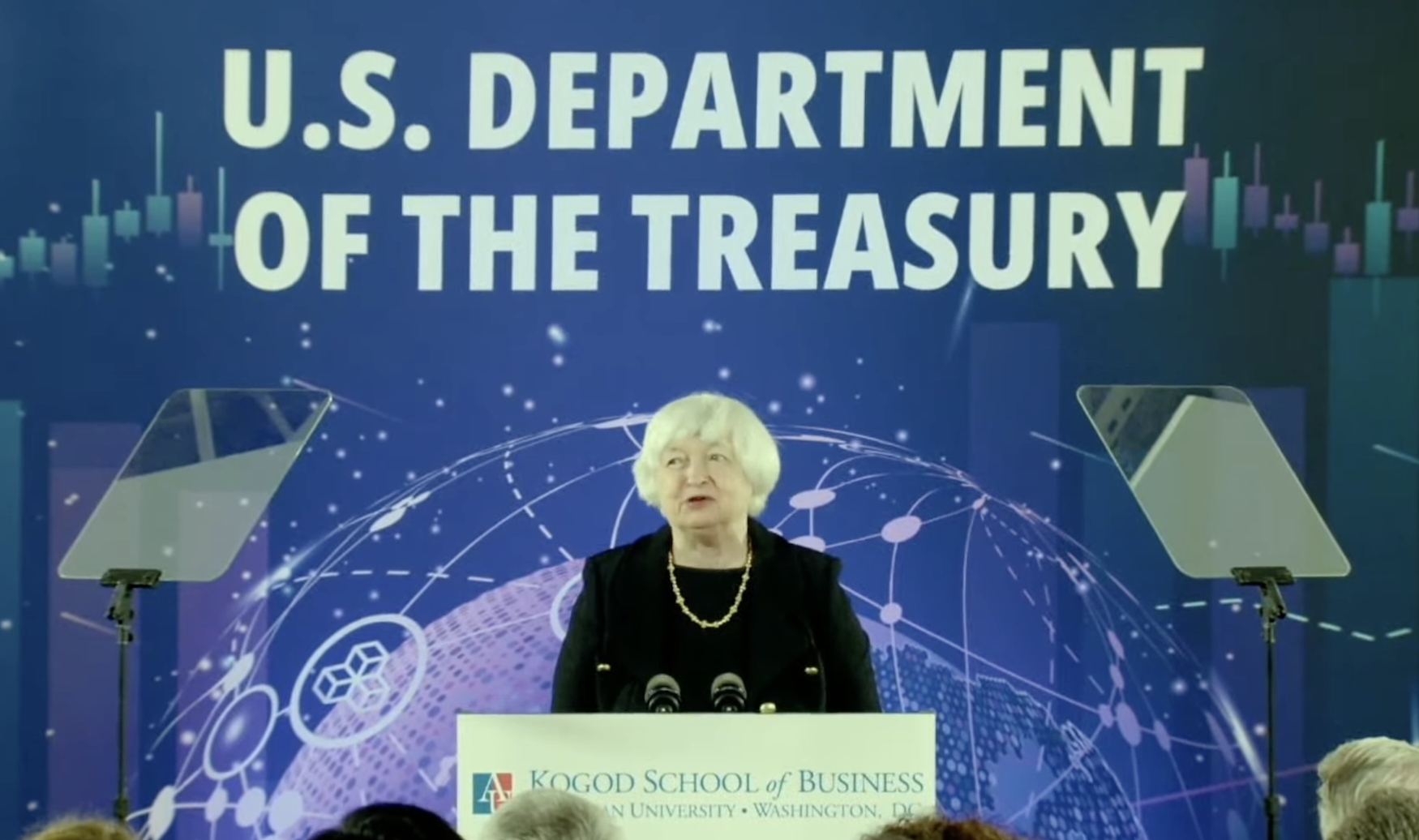 Yellen cited a report from the President’s Working Group on Financial Markets released in November, which suggested that stablecoin issuers should be subject to “appropriate federal oversight” akin to that of traditional banks. She also raised concerns about the Federal Reserve issuing a central bank digital currency in the United States, saying the project would likely present a “major design and engineering challenge” that could take “years of development.”

“I share the President’s urgency in pulling forward research to understand the challenges and opportunities a CBDC could present to American interests,” said Yellen.

Addressing the regulatory challenges posed by digital assets seems to be a key policy issue for U.S. President Joe Biden, who in March signed an executive order to study implementing a comprehensive regulatory framework for crypto. Yellen said the Treasury Department would be working with the White House and other government agencies over the next six months to “produce foundational reports” related to policy recommendations for mitigating both systemic and consumer risks around digital assets.

The Treasury Secretary’s speech came following a Wednesday appearance at the House Financial Services Committee, at which she testified the department had not seen significant cases of Russian individuals and entities named in recent sanctions use cryptocurrency to evade these financial restrictions. The Department of the Treasury’s Office of Foreign Assets Control announced Tuesday it was imposing sanctions on virtual currency exchange Garantex and darknet marketplace Hydra.

Indian crypto businesses are struggling with the new tax policies as trading volumes have dried up and many established crypto firms are looking to relocate...
Lees meer
Crypto news English

Block, the pro-Bitcoin (BTC) umbrella company that hosts Cash App, Square and Afterpay, continues its growth in 2022. According to its Shareholder letter, in the...
Lees meer
Laad meer