The worst influencer and celebrity NFT cash grabs of 2022

Mainstream hype for the nonfungible token (NFT) market cooled down significantly in 2022, but that didn’t stop a host of popular and wealthy figures from stinking up the space with dreadful collections last year.

In the 2022 edition of the worst influencer and celebrity NFT cash grabs, Cointelegraph takes a look at four projects seemingly designed to milk capital out of their fans pockets, while delivering very little.

First on the list is the oddball entrepreneur Tai Lopez, best known for his cheesy marketing campaigns that used to plague YouTube not so long ago.

Lopez’s most famous video is his “here in my garage” business course promo from 2015 where he first shows off his Lambo before switching gears and noting that he is more proud of the thousands of books he owns because of the “knowledge” they give him.

The NFTs came in three tiers of rarity, going from anywhere between $150 on the lower end to $50,000 for the premium tokens that offered exclusive benefits such as a one-on-one basketball game with Lopez, watching a movie, or eating dinner together and private mentorship sessions.

The current data on OpenSea now paints a grim picture however, with the floor price for all the NFTs regardless of rarity, sitting at 0.08 Ether (ETH) or $97 at the time of writing.

The shoddy and potentially plagiarized artwork of the NFTs depicted Trump in various forms such as a superhero, hunter, cowboy and golfer. The NFTs offered buyers a chance to win a host of one-on-one experiences with the 45th president via sweepstakes. 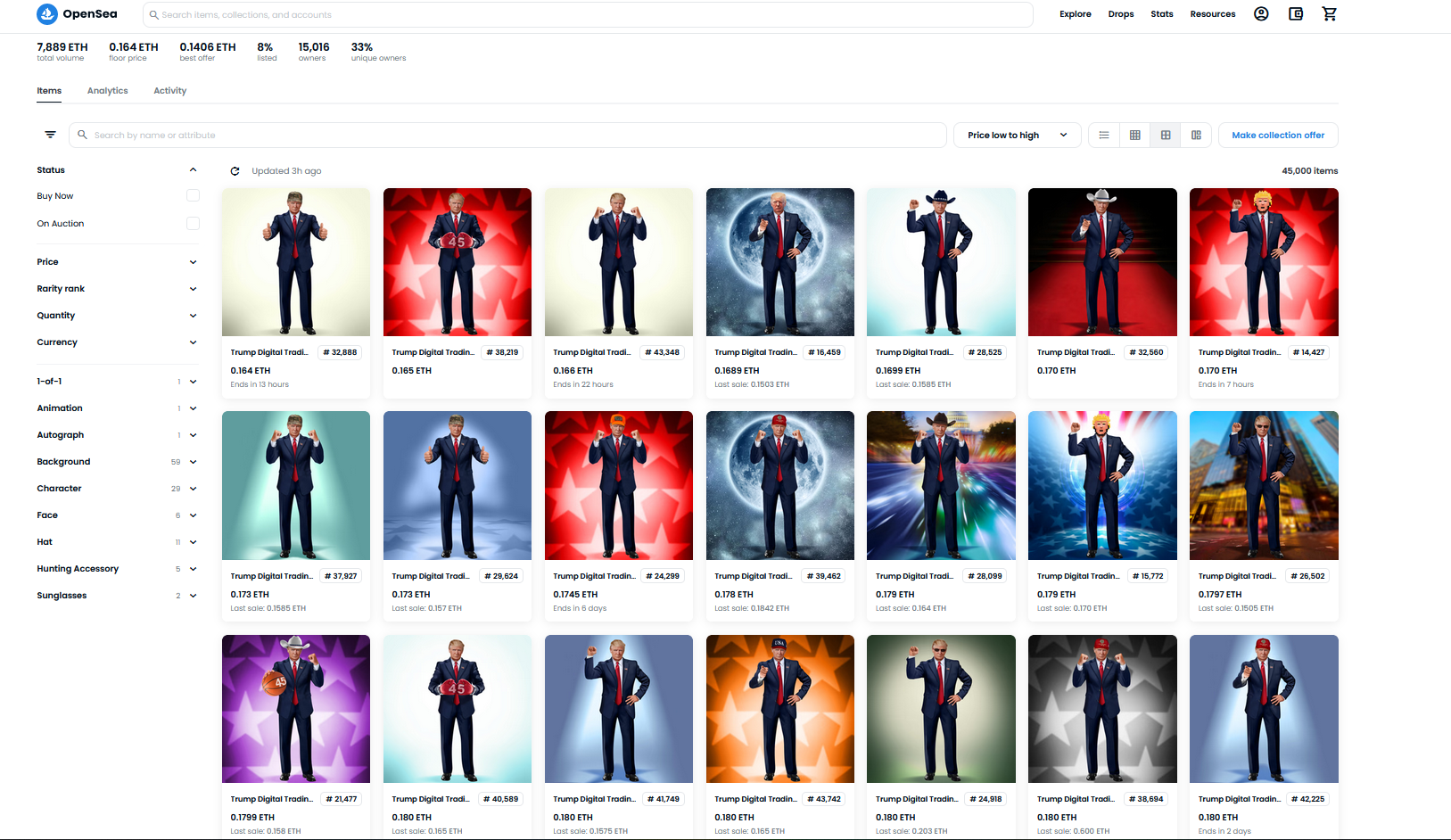 While people who first bought in are likely to still be in the green, the Trump NFT project is good either way as it pocketed around $4.5 million from the initial sales, with an ongoing 10% creator fee also coming back to it via sales on secondary markets.

Boxing icon Floyd Mayweather Jr. also makes the 2022 list for an NFT project that seems to have been completely abandoned at the time of writing.

“If you are in the NFT world and you’re betting on me, you will never lose,” he said.

Here before the project slow rugs. Don’t you have a reputation of promoting scams? pic.twitter.com/szJQmwqTkT

The NFTs initially went for a mint price of roughly $900 on Apr. 13 offering hodlers the chance to win cash prizes ranging from $5,000 to $30,000 and exclusive experiences such as joining Mayweather in an upcoming Metaverse called “Floyd’s Gym.”

Since the mint, the Mayweverse Twitter account has remained dormant with not a single follow-up tweet throughout 2022. It’s unclear if anyone received prizes or when the Metaverse will be shipped.

The website’s roadmap also remains undated despite initially stating other “future benefits” would be announced soon.

OpenSea data also makes it hard to ascertain what is happening with the project.

One Maywevere collection listed on the marketplace contains 73 tokens that are not for sale with no price history. Another contains five NFTs which all last sold for less 0.050 Wrapped ETH ($60) but have a floor price of 0.1 ETH ($121).

Crypto Sis consists of 6,069 Rhoades-themed cartoon avatar NFTs with the number initially meant to be 6,969 which it didn’t reach due to a lack of demand.

The NFTs went for a mint price of roughly $261 but the value now essentially sits at $0 on OpenSea as there has been less than 1 ETH worth of total trading activity since its Feb. 2022 launch. The project’s Twitter page is also currently suspended.

Rhoades reportedly pocketed $1.5 million from the sales, then promptly withdrew the funds from her Ethereum wallet before walking away from the project altogether stating her community was too negative.

Related: Crypto adoption in 2022: What events moved the industry forward?

In now-deleted social media posts, Rhoades initially touted the avatars would be usable in the Metaverse along with offering a host of utilities such as whitelist access to future drops, inclusion into a Metaverse community, signed merch and virtual meet and greets.

Rhoades claimed she was working hard to make the project a “lucrative investment for holders that they can sell for more than they paid to mint.”

However, none of that has come to fruition, leading to people in the community to accuse her of operating a rug pull. Rhoades counter-argued the project flopped and there was nothing she could do to fix it.