Passport, sunglasses, beach towel, Bitcoin (BTC)? A BTC enthusiast on vacation demonstrated that the world’s largest cryptocurrency could soon become a holiday essential. Eugenio, a Costa Rican Bitcoin maximalist, paid his way on holiday with just Bitcoin in his wallet during a long weekend on Costa Rica’s Pacific coast.

A hotspot for Bitcoin adoption and real-life whale spotting, the towns of Uvita, Dominical and Ojochal are home to Bitcoin Jungle, a Bitcoin-beach-inspired project, as well as a budding community of Bitcoin-friendly merchants. Eugenio documented his entire Bitcoin holiday to the destination on Twitter. He told Cointelegraph, “The only fiat I had to use was filling the tank [of the car] before departing.”

I just had a 100% #Bitcoin vacation in Uvita, Dominical and Ojochal #CostaRica thanks to the work of @BitcoinJungleCR creating a circular economy and supporting many merchants and business. Zero fiat was used, no banks involved, no trusted third parties, just real hard money. pic.twitter.com/YrcQfIumfx

Eugenio explained that he wanted to support the adoption and to show that anyone can do the same, in a convenient and fun way, “using Lightning Network seamlessly with no payment processors or banks involved.”

“I wanted to be able to pay for my little sister’s gelato while I was at the beach, for example.”

Eugenio paid for more than his sister’s ice cream: he paid pizzas, coffees, steaks and even a trip to the market for kombucha with Bitcoin. 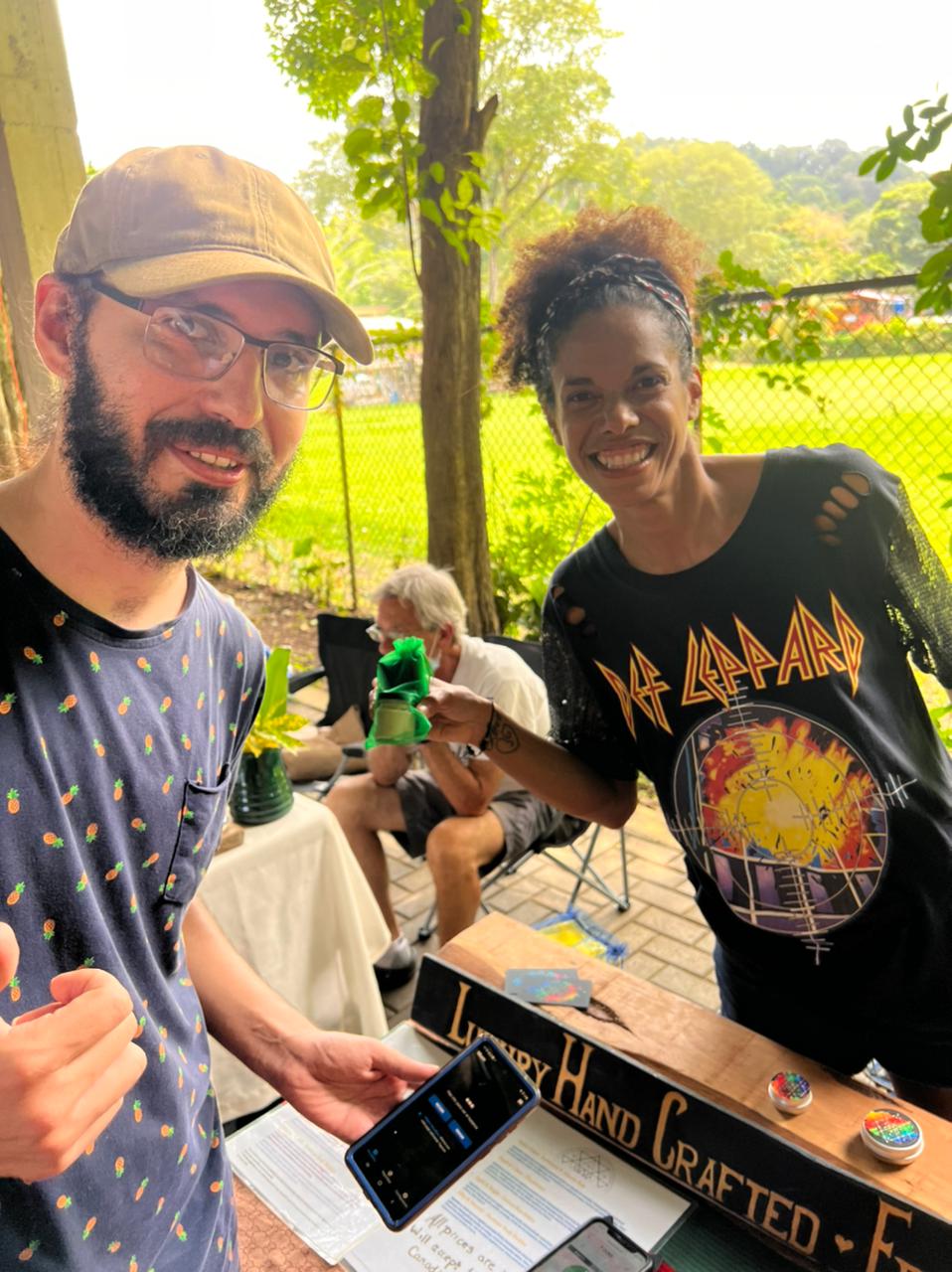 Eugenio at the market. Source: Eugenio

Reportedly, merchants asked, “would you like to pay with Lighting or on-chain?” On-chain transactions take on average 10 minutes to confirm, are slow, and sometimes costly. Lightning transactions are near-instant, near-free, and are a “win-win for me and for the merchants,” Eugenio explained.

“It is extremely convenient, Bitcoin is money. You can use it to spend and can use it to save, you can do both in an easy way without the fees and hurdles embedded in the legacy system, plus you can always buy back the sats with the fiat you were going to use in the first place.”

The Lightning Network is quietly catching on, and examples of its adoption slowly spread like roots reaching across the globe. From British families to Senegalese surfers, the appetite for transactions over Lightning means more and more Bitcoin is used on the layer two platforms.

Eugenio shares some advice for those reluctant to use the LN or event to visit Costa Rica. A proud Tico (Costa Rican local), he suggests, “Don’t overthink it. The place is stunning, safe, full of nature and adventure. Use the Bitcoin Jungle Business map for guidance and a Lightning Wallet.”

The place is adopting Bitcoin “organically,” and some of the locals have taken pride in accepting Bitcoin, Eugenio told Cointelegraph.

As per the above map, there are a growing number of merchants across Costa Rica accepting Bitcoin “with a smile.” With the summer holidays in full swing, Bitcoin wallets might be on packing lists around the world, alongside passports, sunglasses and sunblock.

After recovering the HUSD stablecoin's dollar peg, crypto exchange Huobi explained what caused the short-term liquidity problem and assured users that it has been resolved.  On...
Lees meer
Crypto news English