When I entered crypto, I succumbed to the contest between blockchain ecosystems, believing one had to be “better” than others. I have since realized the future of cryptocurrency is bringing with it a variety of platforms that will excel at different things. With the Inter-Blockchain Communication Protocol (IBC), I’ve left behind the days of thinking chains have to compete and embrace a connected interchain future. Let me explain.

Solana, Polkadot, etc. – what do they have in common? They are individual state machines, each trying to achieve something only one has done before: create a sustainable, robust ecosystem of developers, investors and, most importantly, users.

So far, Ethereum shows no signs of slowing. Since beginning the summer of 2020 with an 8% share of the total crypto market, Ether (ETH) has since captured nearly 20% of the market and has remained there.

There is a reason why the first sentence of many pitches for layer-1 solutions includes the term “Ethereum Killer.” It’s the Moby Dick of crypto – the liquidity king. And so, many projects take on the challenge of improving upon Ethereum, to “build it better.” Unfortunately, the first thing is often a “bridge.” Bridges have exposed users to many risks and resulted in a large number of problems. However, most people are blissfully unaware they are exposed to exploits during the process of bridging and for the entire time that bridged assets are held. Most are also unaware they are holding nothing more than an IOU.

Related: zkEVM could be the endgame for blockchain infrastructure

The original token that represents everything they bought sits on its original chain. Meanwhile, they’re trading the equivalent of a piece of paper.

There are obviously exceptions to the rule. At most, good bridges can decrease risks, but the baseline stays the same. Bridges range from centralized to “semicentralized,” and there is one thing they can never do: actually move an asset to a new chain. Why? Because the two individual networks that the blockchain assets are bridged between have absolutely no way of communicating with one another. They speak different languages because most chains were never designed to communicate with one another.

The existence of bridges is a symptom of a “me vs. you” mentality, where chains try to get each other’s liquidity.

The four most expensive decentralized finance hacks in 2022 were all bridge exploits: Ronin, the BNB Smart Chain bridge, Wormhole and Nomad. Combined, users lost more than $2 billion. That’s about the same amount users lost as a result of the FTX collapse. 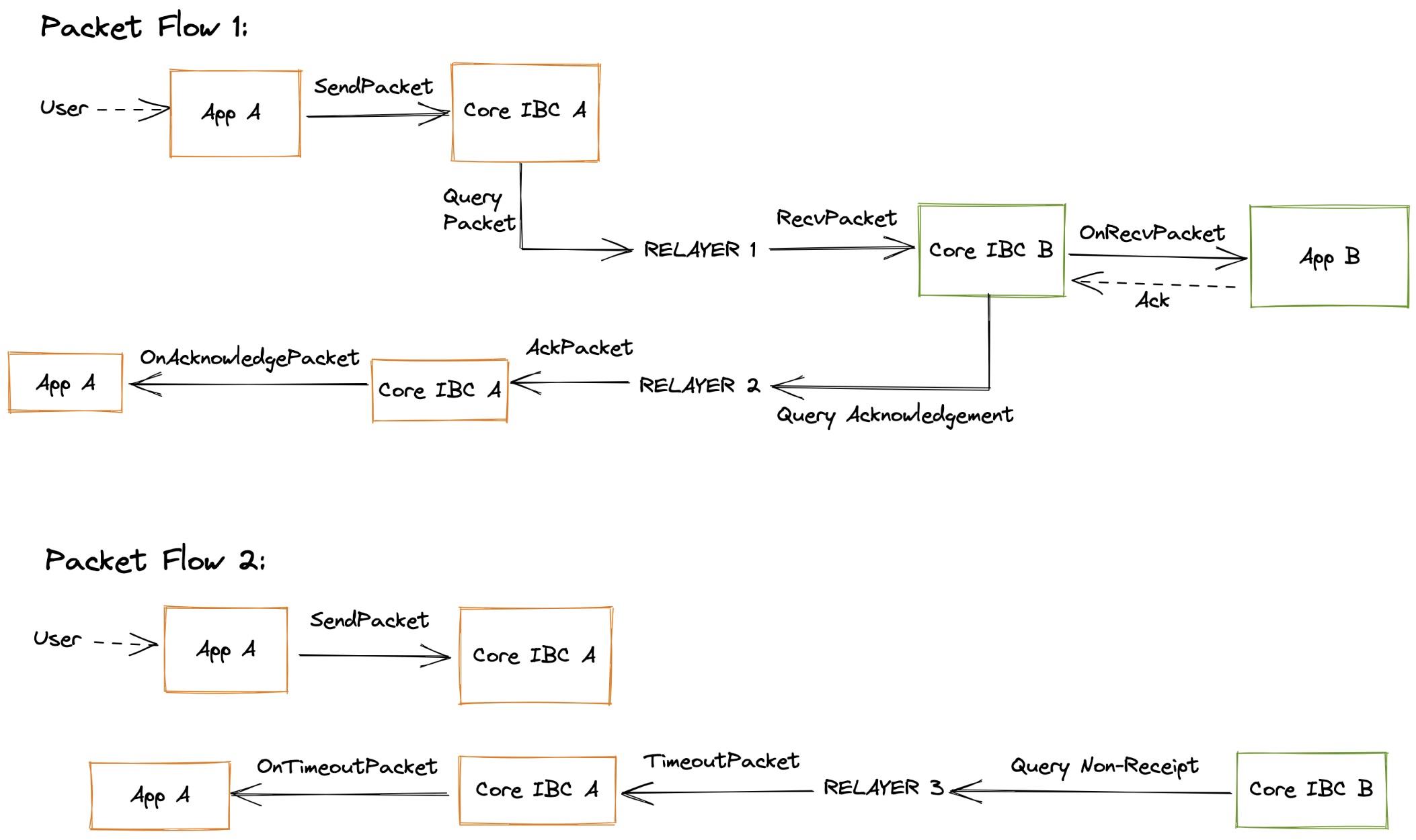 So, what if we change the “me vs. you” mentality to “us vs. centralization”? What if we could come together and decide on communication standards?

While this may not seem radical for some, it’s novel for crypto. This new system has a name: the Inter-Blockchain Communication Protocol, or IBC.

Allowing users free flow between diverse blockchains creates higher capital efficiency and faster innovation. In a way, it mirrors a pure capitalist system in which money finds its way to the preferred destination easier, safer and quicker. You can compare it to the Schengen area in philosophy.

While IBC is currently a product that only exists in Cosmos, teams like Composable Finance and PolymerDAO are working on bringing it to Kusama, Polkadot, Near and more in the future.

Is IBC perfect? Of course not. It’s only a year old. But its existence is priceless because it shows what the future of crypto could look like. With IBC, it’s possible to move beyond ecosystem wars to create an interoperable, fluid network of different solutions to face a shared challenge: building a permissionless, noncustodial future for all.

IBC is a glimpse into the future of blockchains where ecosystems complement each other and allow users to try out “competitors” frictionlessly so that users can decide which products they want to use without restrictions.

We can move beyond the playground fights of trying to destroy each other’s sand castles. Instead, let’s use our shovels to build safe roads together.

Valentin Pletnev is the co-founder and CEO of Quasar Finance. At 23 years old, he has had experience in a variety of blockchain and emerging-technology-focused fields. He was accepted to Draper University in 2018.

This article is for general information purposes and is not intended to be and should not be taken as legal or investment advice. The views, thoughts and opinions expressed here are the author’s alone and do not necessarily reflect or represent the views and opinions of Cointelegraph.

The U.K. outline of the future financial services regulatory regime for crypto covers a broad range of topics, from the troubles of algorithmic stablecoins to...
Lees meer
Crypto news English

Infura is developing a decentralized marketplace of data providers that will help to prevent Web3 app crashes in the future, according to a Feb. 6...
Lees meer
Crypto news English

Did dYdX violate the law by changing their tokenomics?

On Jan. 24, the dYdX Foundation, the entity responsible for the dYdX decentralized crypto exchange, announced "changes" to its tokenomics - the way it distributes...
Lees meer
Crypto news English

The Bank of Italy is looking for new ways to apply distributed ledger technology (DLT) and is preparing for the advent of Markets in Crypto-Assets...
Lees meer
Laad meer