More details emerge on Twitter Coins — and crypto’s not included

First leaked in early December by tech bloggers Jane Manchun Wong and Nima Owji, many have been hoping that the secret “Twitter Coins” project would involve cryptocurrency in some way.

Members of the Dogecoin (DOGE) community have been especially hopeful given Twitter CEO Musk’s affiliation with the token. In a Dec. 4 Twitter Spaces, when Musk said he was still interested in integrating crypto with the social media platform.

However, newly leaked images of the project’s development shared by Jane Manchun Wong and Nima Owji on Jan. 10 are void of any mention of crypto or blockchain technology.

Owji noted that no leaks so far have provided any indication that crypto will be involved in Twitter Coins,:

“It seems to be an in-app currency to support the creators. I didn’t find anything that relates it to *crypto* currency.”

The leaked images instead provide more light into the planned uses of the in-app digital currency.

One of the images is a screenshot of the purported purchasing splash page for Twitter Coins, which explains that the in-app currency will allow users to “support creators who Tweet great content.”

“Coins allow you to support creators who Tweet great content. Unused coins are kept in your balance.” pic.twitter.com/ksNu75mI2r

This appears to be in reference to the platform’s “Twitter Awards,” which was also leaked by Manchun Wong a week earlier on Jan. 5. 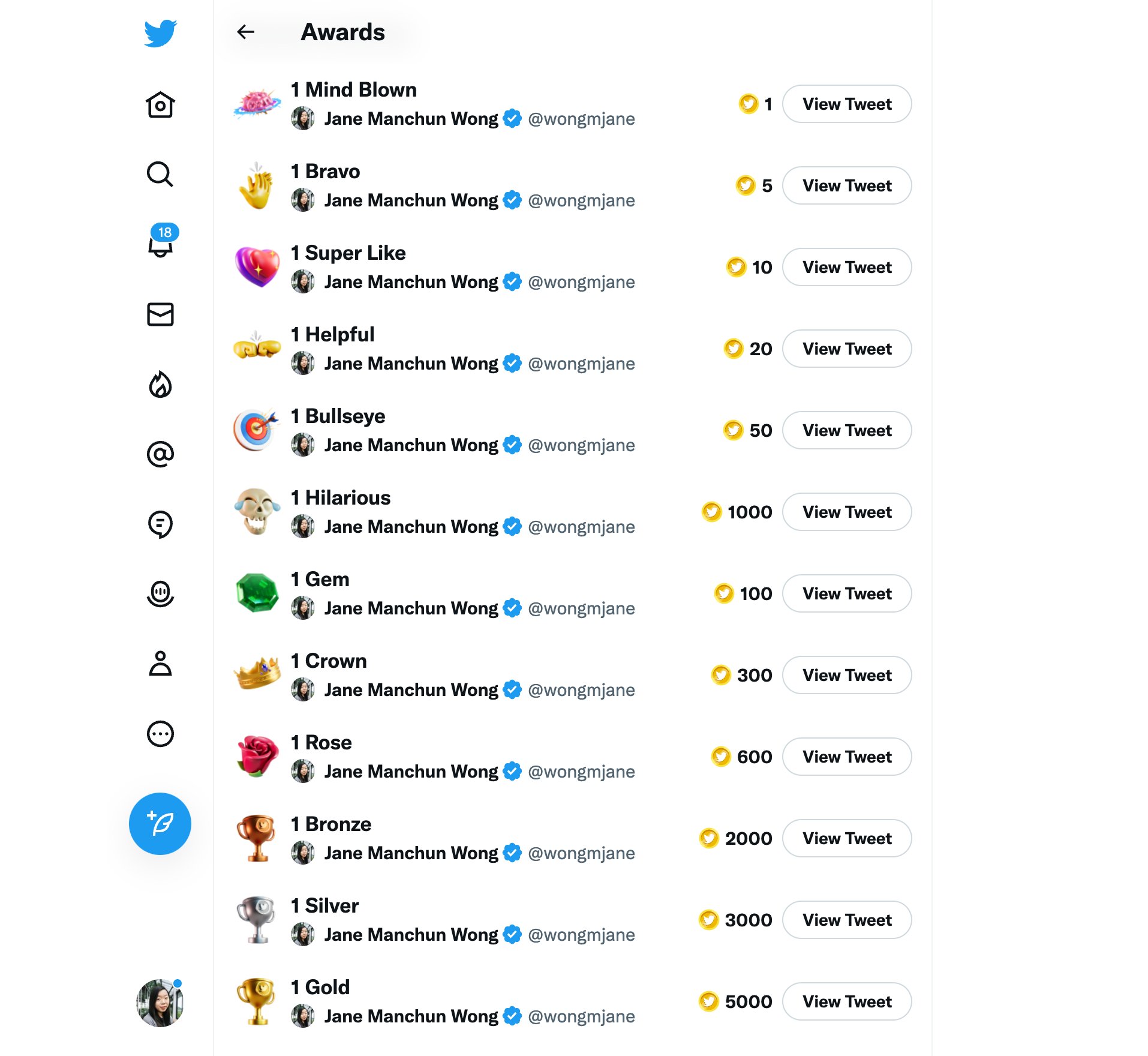 The feature bears similarities to Reddit’s tipping and rewards system, where Redditors use “Reddit Coins” to send awards to other users who make a post, comment, or live video broadcast they have enjoyed.

However, that’s not to say that crypto may not eventually play a part in the equation.

On Apr. 22, 2022, Stripe announced it had begun supporting payouts to select Twitter content creators in USD Coin (USDC) with payouts taking place over the Polygon network.