Actress and model Alejandra Guajardo represented El Salvador in the preliminary competition of the Miss Universe 2022 pageant by wearing a costume featuring Bitcoin during her walk across the stage.

In a Jan. 12 post on her Instagram account tagging El Salvador president Nayib Bukele, Guajardo showed herself walking gracefully with a giant colón – one of the country’s accepted currencies until 2001 – strapped to her back adorned with cocoa beans. In her right hand, the pageant contestant carried a staff topped with a large physical Bitcoin (BTC).

“This look represents El Salvador’s history of currency,” said the Miss Universe announcer. “For a long time, cocoa was used, and then the colón, until it was replaced by the U.S. dollar. In 2021, El Salvador became the first country in the world to use Bitcoin as legal tender. You don’t need a sash to walk around dressed as cash.” 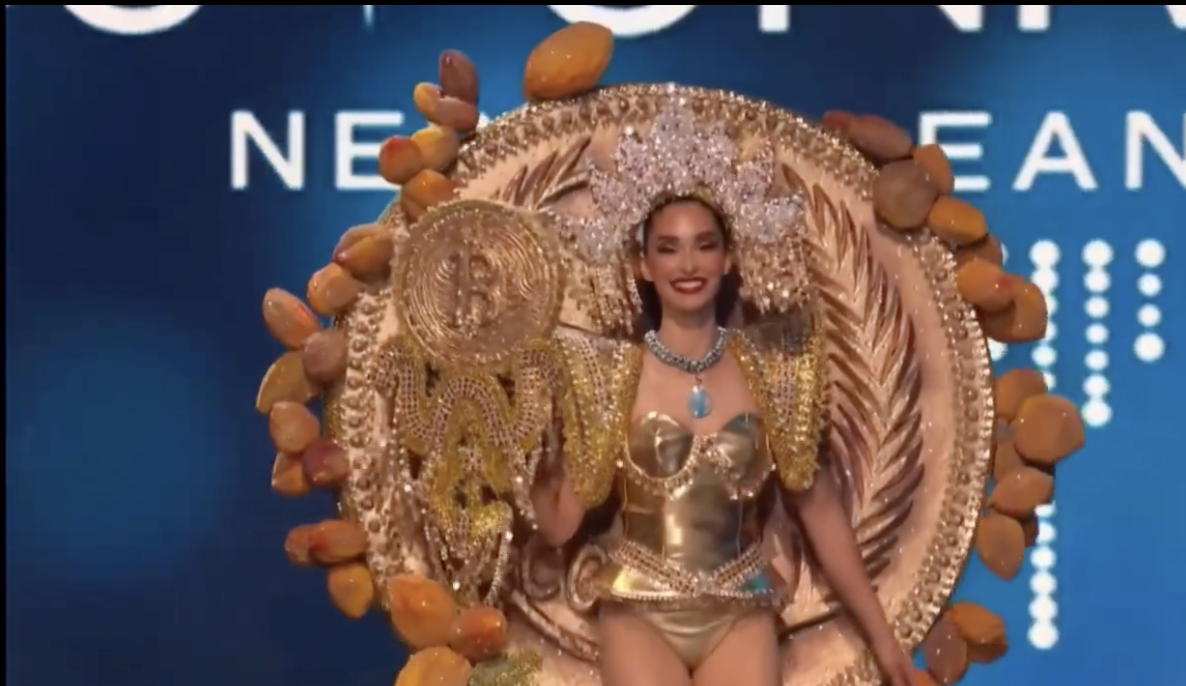 Plastic artist Francisco Guerrero designed the currency suit, with BTC at the front, possibly representing the future of currency in El Salvador. It’s unclear whether the government or Bukele may have had a role in promoting the cryptocurrency for a global audience. Bukele used his Twitter account to report several BTC buys following El Salvador’s adoption of the crypto asset as legal tender in September 2021.

As part of the pageant format, 16 semifinalists will advance following the preliminary competition. There are contestants representing 84 countries in the 2022 event.

Guajardo’s walk across the New Orleans stage followed El Salvador’s legislature approving a bill aimed at providing a framework for Bitcoin-backed bonds. Pro-crypto lawmakers in the country proposed using such bonds to pay down sovereign debt and fund the construction of a volcano-power Bitcoin City.

Cointelegraph reached out to Francisco Guerrero, but did not receive a response at the time of publication.