Iranian authorities seized numerous crypto mining equipment over the past two years, citing stress on energy grids during winter. Now, a court ordered the release of crypto-mining equipment that was previously seized as a measure to conserve energy.

Since 2021, Iran’s Organization for Collection and Sale of State-Owned Property (OCSSOP) has seized mining equipment – both authorized and unauthorized – due to looming power shortage concerns. However, the authorities had a change of heart amid winter as they ordered the release of the seizure. As explained by Abdolmajid Eshtehadi, the head of Iran’s Ministry of Economic Affairs and Finance:

“Currently some 150,000 crypto mining equipment are held by the OCSSOP, a large part of which will be released following judicial rulings. Machines have already been returned.”

However, Eshtehadi believed the recently released mining equipment could add stress to the country’s energy grids. He suggested that the Generation and Transmission Company of Iran (TAVANIR) must propose plans for the use of the hardware to avoid undue stress on the nation’s grid system. 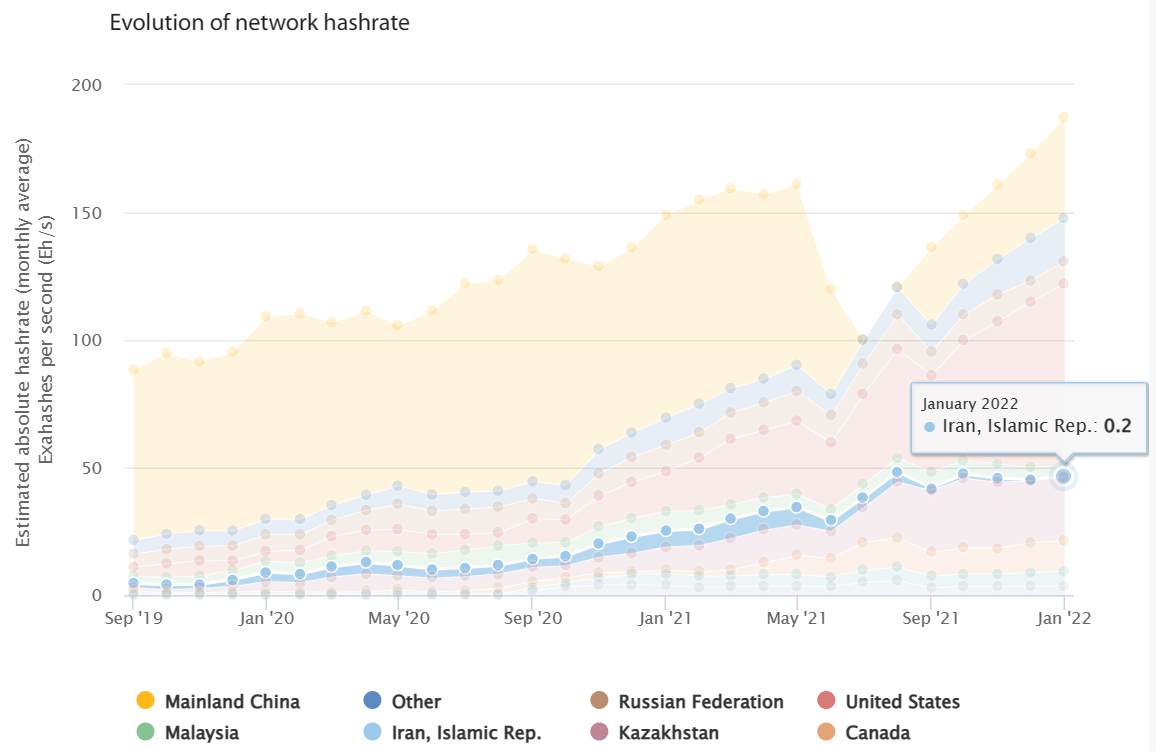 Back in June 2022, Iran had to cut the power supply for legal mining firms as the country’s electricity consumption recorded an all-time high of 62,500 megawatts (MW) during peak consumption. At the time, Iran used to account for 0.12% of the global Bitcoin (BTC) hash rate, which has now increased to 0.2%, as shown in the above graph.

Iran’s energy concerns become evident when considering the recent laws imposing a fine for the illegal use of subsidized energy in crypto mining.

On the flip side, Denver-based Crusoe Energy aims to help Oman, a gas-rich Middle Eastern country, cut down on gas flaring – the burning of natural gas associated with oil extraction.

Crusoe Energy announced plans to open up a pilot project in Muscat, Oman, to repurpose the gas flaring energy into powering mining computers. This initiative will aid Oman’s goal of zero-gas flaring by 2030.