At its core, Web3 is about regaining control from centralized online experiences, allowing creators to interact within peer-to-peer (P2P) ecosystems focused on music, film, artwork, fashion and other popular topics. This has also given rise to nonfungible tokens (NFTs) and digital ecosystems often referred to as the Metaverse.

Given the broad range of interests Web3 touches upon, the sector is not only attracting typical “tech bros” but has also captured the attention of many females looking to further build and develop the decentralized web. The movement of women entering Web3 has especially become apparent now, as the sector is still in its infancy.

Sandy Carter, senior vice president of Unstoppable Domains – a blockchain domain name provider – told Cointelegraph that Web3 today presents women with a phenomenal opportunity to make an impact since the space is still being developed. This isn’t always the case though, as Carter explained that before joining Unstoppable Domains in Dec. 2021, she was one of the few women executives at Amazon Web Services:

“As I transitioned to Unstoppable Domains, I was disappointed in Web2 and how much lack of diversity I found. Oftentimes 20% of the room would be women at conferences. It has also been shown that less than 5% of entrepreneurs in the Web2 space are female. This was mind blowing.”

In order to help bring more women to the Web3 space, Carter said that Unstoppable Domains has partnered with 66 leading Web2 and Web3 companies to form a new initiative called “Unstoppable Women of Web3” – a diversity and education group focused on training the next generation of talent for the Web3 era.

Carter said that organizations supporting this initiative include major corporations like Google Cloud and Deloitte, along with blockchain companies such as Decentraland, BlockFi and Binance.US. “All partners have signed a pledge to feature work created by historically marginalized groups in at least half of all materials used for Web3 education,” said Carter.

While Carter believes that the Web3 space is starting to see an influx of women, she still thinks that the sector is often misunderstood and, therefore, intimidating. “I do think there is potential for women to enter Web3, but education is still required. For instance, if women look at a Web3 job offering and only meet certain criteria they may not apply. So, we are trying to break this down,” she said.

As a starting point, Carter noted that Unstoppable Women of Web3 will host a 24-hour Twitter spaces discussion on March 8 – International Women’s Day – to discuss Web3 related topics. She also noted that Unstoppable Domains will publish a list of 100 influential women in Web3 on International Women’s Day to demonstrate innovation in this new sector.

NFT marketplace Rarible is also hoping to drive women’s participation in Web3 by promoting female-empowerment projects during International Women’s Day this year. Masha Vyazemskaya, head of communications at Rarible, told Cointelegraph that while nonfungible tokens have created incredible opportunities for creatives, only 16% of NFT creators are women. “Even lesser known is the generation of female artists that have been involved in the NFT space since the early days, building the foundation of what the industry is today,” said Vyazemskaya.

“What’s amazing is that Lirona started on Rarible in early 2021 with her collections selling for 0.1 ETH and now they are selling for 20-30 ETH. This represents a very important journey for us, demonstrating how we work closely with artists and support their needs.” 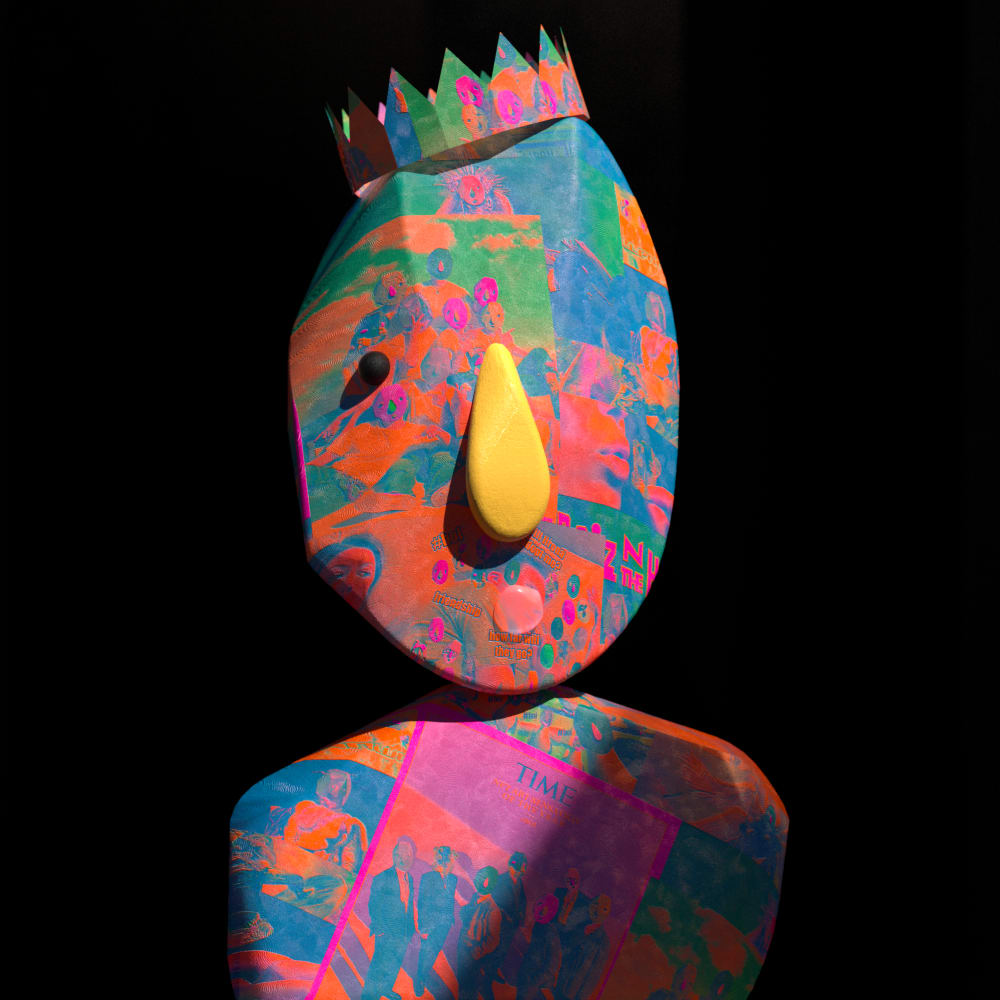 Vyazemskaya added that Rarible will be launching “Metafemale” on March 8, which is an NFT collection that serves as a community for female creators and entrepreneurs in the space. “This project will also provide access to a private members club for female creatives in the metaverse,” she said. Vyazemskaya further remarked that Rarible will be promoting “Women Rise” this year, which is an NFT series supporting women activists, artists, scientists and coders.

While initiatives to drive female participation in Web3 are notable, it’s important to point out that Web3 may be catering to a more diverse audience in general. For instance, Tegan Kline, co-founder of Edge and Node – the development team behind open-source indexing protocol The Graph – told Cointelegraph that NFTs are a use case within the Web3 umbrella that has reached the masses. “With this, it feels like many more women have gotten involved in the space. For that I am grateful, as it has been a huge need,” she said.

Kaspar explained that her answer applies to Web3, noting that more women will participate when dominant female verticals such as those related to beauty and fashion start to develop. “That’s happening now and it’s a contributing factor to all of the new female Web3 entrants over the past year and a half. The merge of fashion and blockchain has made this possible and that motivates me to continue contributing to the excitement emerging in metafashion,” remarked Kaspar.

While more women are taking an interest in Web3, Kline believes that awareness needs to be raised to ensure that women continue to enter the Web3 space early on:

“There is such a huge opportunity right now within Web3, it is similar to the early days of Wall Street or the early days of the tech boom. So many women were left out of both of those movements and I do not want to see the same in Web3. Now is the opportunity to get into a revolutionary movement that will likely change the world ahead of the masses.”

Tegan with a handful of the women within The Graph ecosystem from a team offsite event. Source: The Graph

With this in mind, Kline said that she believes talks, panels and events are all important everyday initiatives to ensure that more women enter Web3. Echoing Kline, Jennifer Kim, founder and chief operating officer of SEUNwater – an Internet of Things water monitoring platform – told Cointelegraph that although Web3 may cater more to women, there still isn’t enough participation to see real traction.

In order to change this, Kim explained that she manages HBAR Foundation’s “Female Founders Fund.” According to Kim, The Female Founders Fund is a new program where qualified teams, led by women, may be eligible for funding, mentorship and guidance by the HBAR Foundation, which is Hedera Hashgraph’s grant program. “I hope that I can help women who want an extremely rewarding and fulfilling career in Web3. My passion for this industry is fierce and I want to share it,” mentioned Kim.

Connecting with other female thought leaders is indeed a critical element for growth within a new technology sector. Sonal Patel, operations lead at ConsenSys Mesh Baseline Research and Development – a unit developing technologies and contributions to the Ethereum Foundation – touched upon this.

She told Cointelegraph that her interest in Web3 began when she invested in crypto for the first time. Following this, Patel explained that she wanted to learn more about Web3 in her spare time, which led her to contribute to projects focused on decentralizing the web. In turn, Patel connected with some inspiring women like Eva Beylin, director of the Graph Foundation. Patel elaborated:

“The rise of decentralized communities, protocols and practices creates a strong need for operational integrity since the work is usually voluntary for those involved. Because of this, I’ve been formalizing and optimizing processes in the open source Baseline Protocol community to ultimately share and apply these innovative practices to contribute to the success and longevity of Web3 projects across the ecosystem.”

Although Web3 seems to be a promising new sector for diversity, some women already immersed in Web3 believe that a challenge moving forward is ensuring that women’s voices are continually heard.

To put this in perspective, Olive Allen – an NFT artist who recently burned her Russian passport in hopes of raising awareness and funds for the military conflict in Ukraine – told Cointelegraph that she entered Web3 in 2018. According to Allen, she created one of the very first NFT drops in 2019 known as “13 Dreadful and Disappointing Items.” While notable, Allen explained that many men took credit for this project shortly after it was launched. “Unfortunately, women have always been pretty much cut out from the history of any field be it science, technology or the arts. And, I feel it’s happening now,” she remarked.

As such, Allen believes that women’s voices often get lost in what she refers to as “the sea of crypto bro Twitter/Discord talk.” She added, “Don’t believe me? Tune in to the most popular crypto Twitter Spaces. I feel like ‘community’ doesn’t exist for women.”

Fortunately, understanding challenges early on may help improve Web3 as it matures. To this point, Carter noted that a main goal of Unstoppable Women of Web3 is to create ongoing community building. “Knowledge will be shared through Twitter Spaces, Discord, Telegram and in-person events, starting with a live event at South By Southwest 2022,” she said.

Denelle Dixon, chief executive officer and executive director of the Stellar Development Foundation (SDF) – a non-profit organization meant to support the growth of the Stellar Network – further told Cointelegraph that SDF is working with universities and educational institutions to organize NFT hackathons for women and nonbinary learners. “Inclusive education and community building are how we help bring more women and a broader group of users into Web3 that don’t see themselves reflected in the space nearly enough,” she said.