As the problem continues to persist, Cointelegraph reached out to various industry executives to get their thoughts on how NFT projects can solve the NFT hosting issue. 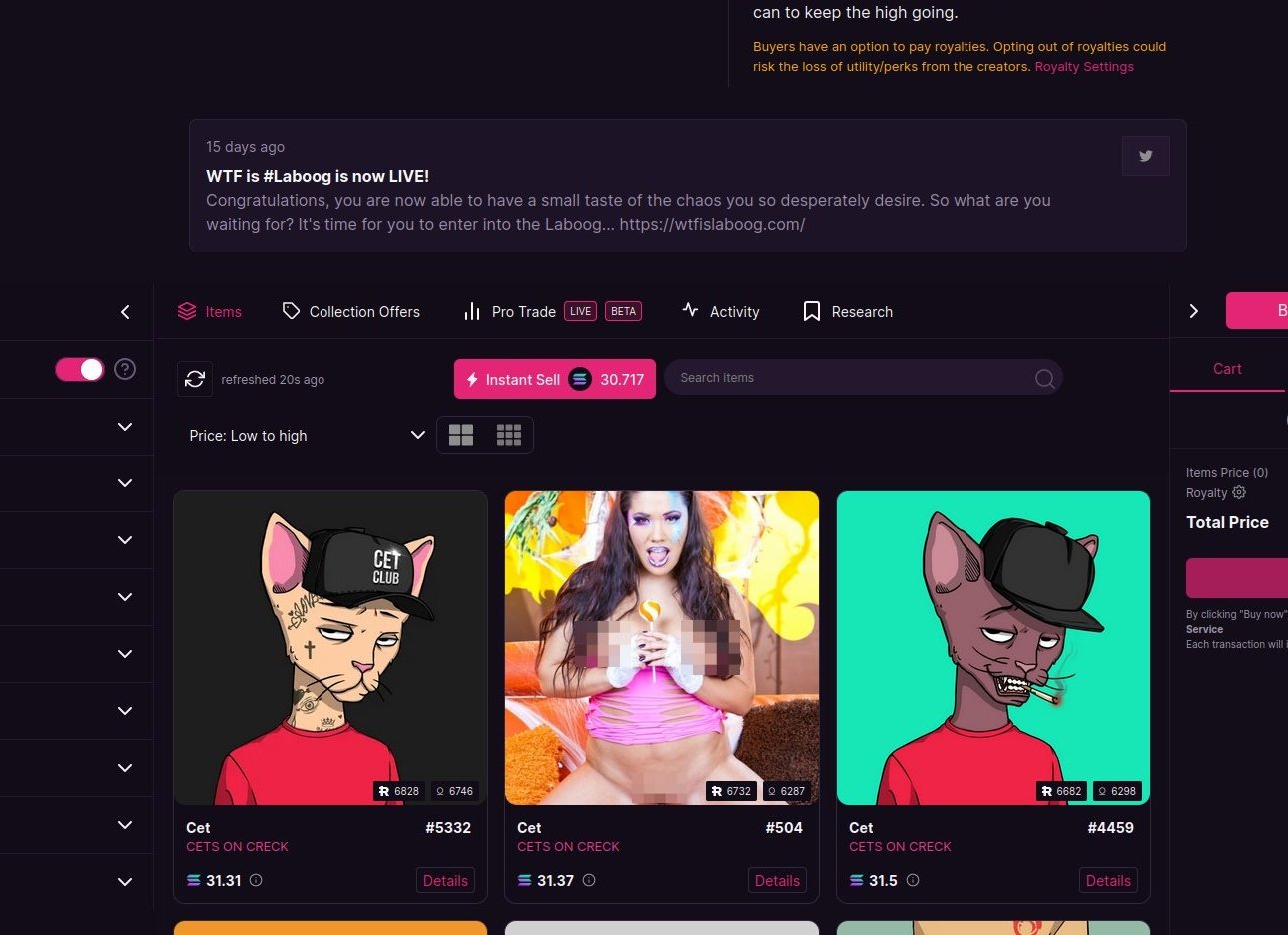 From using dependable blockchains to exploring the storage technologies available in the Web3 space, various executives working in the NFT industry gave their thoughts on how to avoid future problems in NFT image hosting.

Samuel Huber, the CEO of the metaverse platform LandVault, noted that the issue with FTX NFTs is that the metadata was hosted using a Web2 API. According to Huber, the best course of action for NFT projects to avoid this type of problem is to use dependable blockchains for the NFTs themselves and store NFTs on a distributed ledger that is not controlled by a single entity.

There is a lesson to be learned here yet collections are still hosting metadata on AWS.

The executive also told Cointelegraph that while there are very few projects that currently host the actual images on-chain, making sure that the metadata and files are hosted properly is of paramount importance. He added that:

“Projects should verify if the platforms are using decentralized hosting providers such as IPFS and Airweave for the metadata and any other files that are linked to the NFT.”

Alex Altgausen, the CEO of play-to-earn NFT game Banksters, also agreed with the sentiment. The executive believes that if NFT projects are truly trying to disrupt traditional industries like gaming, they must explore storage technologies that are already available within the Web3 space.

Altgausen told Cointelegraph that there are new technologies that “distribute file storage using multiple decentralized options.” These allow computers worldwide to store and serve files in a peer-to-peer network, and this removes the dependency on traditional Web2 storage providers like Amazon Web Services or Google Cloud.

Related: Magic Eden to refund users after fake NFTs sold due to exploit

On the side of users, it may not be simple to check if this may happen to the NFTs that they buy. Radek Pléha, the co-founder of NFT ticket platform BillionAir, told Cointelegraph that users will have to do their own due diligence and research the project’s storage infrastructure to make sure that this doesn’t happen to their NFTs. “This can include reviewing the project’s whitepaper and checking for any security measures that have been implemented, as well as looking for reviews and feedback,” he added. Pléha also said:

“Unfortunately, not all NFTs metadata are stored on the blockchain, as main chains may be limited in size and more expensive for data storage.”

On Aug 5, Jonathan Victor, the Web3 storage lead at Protocol Labs and Rarible CEO Alex Salnikov also discussed how NFTs don’t live on the blockchain. Victor highlighted that because of size limitations in main chains, off-chain storage solutions are introduced to NFTs. He also highlighted the use of decentralized storage networks for NFT metadata. On the other hand, Salnikov said that NFT transactions are confirmed on the blockchain, but the NFT metadata is typically stored somewhere else.

The Web3 Foundation, which supports the Polkadot protocol, has again presented its argument that its native DOT (DOT) token is not a security. In a...
Lees meer
Crypto news English

The crypto bear market may be lasting longer than expected, but some Web3 startups see it as the perfect opportunity to build solutions and infrastructure...
Lees meer
Crypto news English