GGC International, a part of the bankrupt crypto lender, filed the suit against Ver in the New York State Supreme Court on Jan. 23, claiming that the BCH proponent has failed to settle crypto options transactions that expired back on Dec. 30,.

Ver was given a total of 20 days to answer the summons. Should the BCH advocate fail to answer within that time frame, he will be obliged to pay the total amount by default. At the time of writing, the BCH proponent has not yet responded to the case. 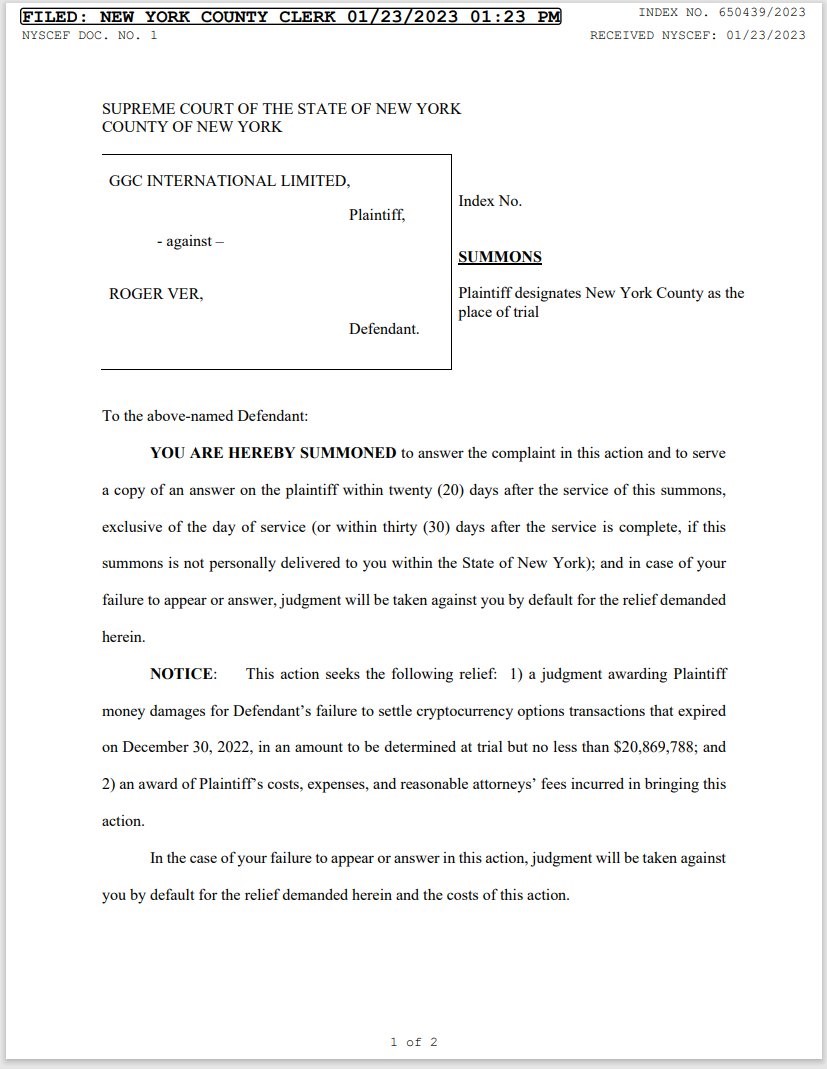 The Genesis website states that GGC International is a company based in the British Virgin Islands. The firm is owned by Genesis Bermuda Holdco Limited, under Genesis Global Holdco, an entity included in the bankruptcy filing.

Roger Ver had not responded to Cointelegraph’s request for comment at the time of writing.

Last year, Ver also made headlines for allegations of defaulting on a debt. CoinFLEX CEO Mark Lamb claimed that Ver owes the firm $47 million USD Coin (USDC) and was bound by a written contract. On June 28, Ver also denied these claims without directly mentioning the company.

On Jan. 20, the crypto lender filed for Chapter 11 bankruptcy in the Southern District of New York. The firm began a court-supervised restructuring to move the business forward. The process will be led by a special committee that aims to provide an outcome that is optimal for both Genesis clients and Gemini Earn users.