Shares of Hut 8, which trade under the ticker symbol HUT, fluctuated within a narrow range on Thursday. The stock was last seen trading at $5.23, according to TradingView data.

Over the past 12 months, HUT has behaved very much like a crypto proxy stock as its movements have been strongly correlated with Bitcoin and the broader digital asset market. HUT peaked near $16 in early November just as Bitcoin printed a new all-time high north of $69,000. 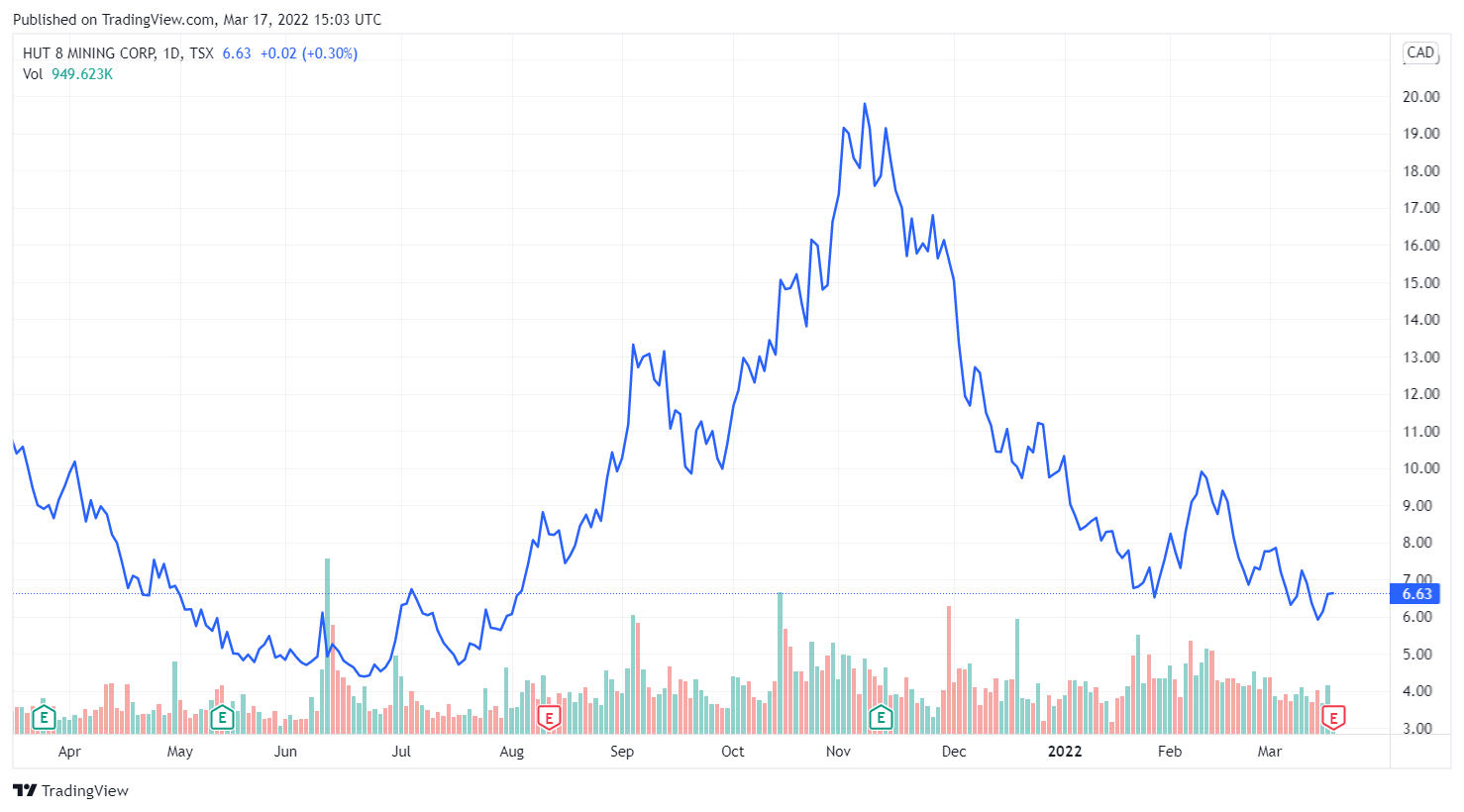 In its quarterly earnings report, Hut 8 disclosed that it had mined 2,786 BTC in 2021, bringing its total holdings to more than 6,200 BTC. Its Bitcoin reserves are now worth over $254 million at current prices.