The smart contract function was launched on the Meituan app, a Chinese app offering retail and food delivery services, according to a Jan. 17 report by local cryptocurrency media outlet 8btc.

When Meituan users place an order and pay with their e-CNY wallet, a smart contract triggers and searches for keywords and purchased items in their order. If a user buys something on the list of keywords for the day, they go in the draw to win part of a prize.

Hongbao are small packets traditionally used for gifting money around Chinese New Year as a gesture of good luck. 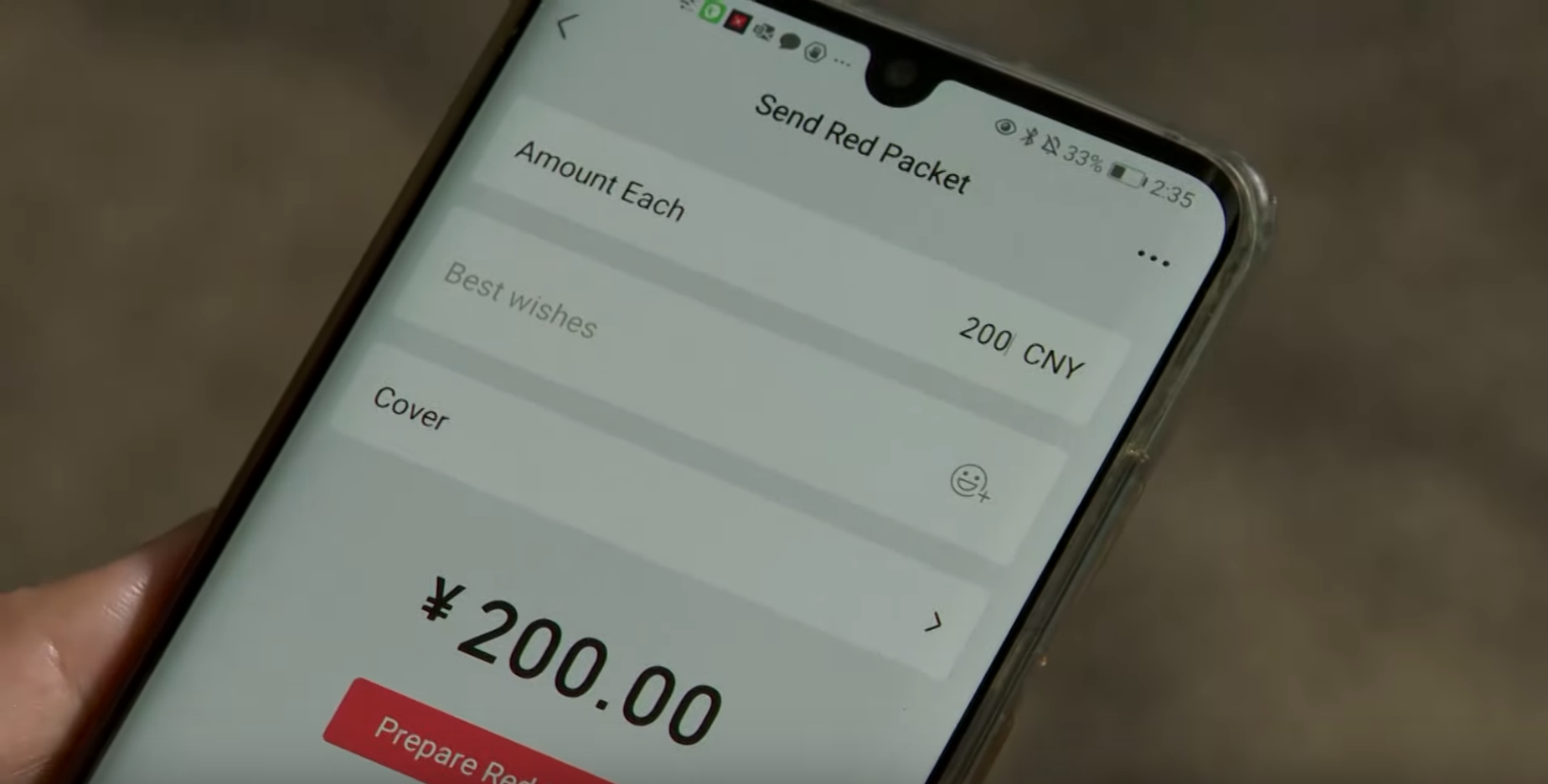 A user prepares to send a digital red packet on the messaging app WeChat. Image: YouTube

In December last year, the e-CNY wallet app introduced a feature for users to send digital red envelopes in a bid to boost adoption before the Chinese New Year on Jan. 22.

Alongside the latest development, new uses for the e-CNY have also been added over the last few days.

The digital yuan wallet app also received an update with users now able to make contactless payments using Android phones even if their device is without internet or power according to a Jan. 11 Yicai Global report.

The new uses for the digital yuan come as China has been struggling with the adoption rate of its CBDC.

Related: CBDCs not worth the costs and risks, says former BoE advisor

A former official from the People’s Bank of China (PBOC), the country’s central bank, even made a rare public admission in December 2022 saying the digital yuan’s “usage has been low” and “highly inactive” and added, “the results are not ideal.”

On Jan. 10, the PBOC included e-CNY in currency circulation reports for the first time revealing the CBDC represented roughly 0.13% of the 10.47 trillion yuan ($1.54 trillion) in circulation at the end of 2022.