Ardoino shared his two cents in a Twitter thread on the growing discussion around CBDCs and what could be their role in the current payment system. He said CBDCs would only replace the old-age centralized payment networks as SWIFT and use private blockchains to fulfill most transactions.

He went on to explain that CBDCs are not about digitizing the fiat currency as it has already been done, given most modern-day transactions are digital. The main goal of CBDCs is to use private blockchain as a modern and cost-controlled tech infrastructure, where most of the bank transfers, credit/debit card transactions will be settled via CBDCs.

2/
– CBDCs are based on the idea that #tether had 8 years ago creating the first stablecoin
– CDBC will replace SWIFT etc
– banks will accept transfers via CBDCs as any wire
– CBDCs will settle most of credit/debit card flow, especially over the weekend

Tether CTO claimed that private stablecoins such as USDT will remain relevant even in the age of government-issued digital currencies given, private stablecoins would give users the option to transfer across chains and would be available across multiple blockchains of their choice, something CBDCs won’t do.

3/
– CBDCs will use private blockchain as modern and cost-controlled tech infrastructure
– CBDCs won’t be issued on your favourite chain, private stablecoins will continued to serve that use case

Point being: tech evolves but nothing actually changes.
Only #bitcoin is our edge.

Tether CTO’s response comes in the wake of growing debate around – whether CBDCs would cut the role of the private stablecoin sector. A discussion gained momentum in the United States after calls of several lawmakers to regulate the stablecoin market.

According to the Atlantic CBDC tracker, 86 countries are currently in the process of developing their sovereign digital currency, with an increase of over 100% since May 2020. Out of these 86 nations, nine countries have launched their CBDC while fifteen countries are in the pilot phase. 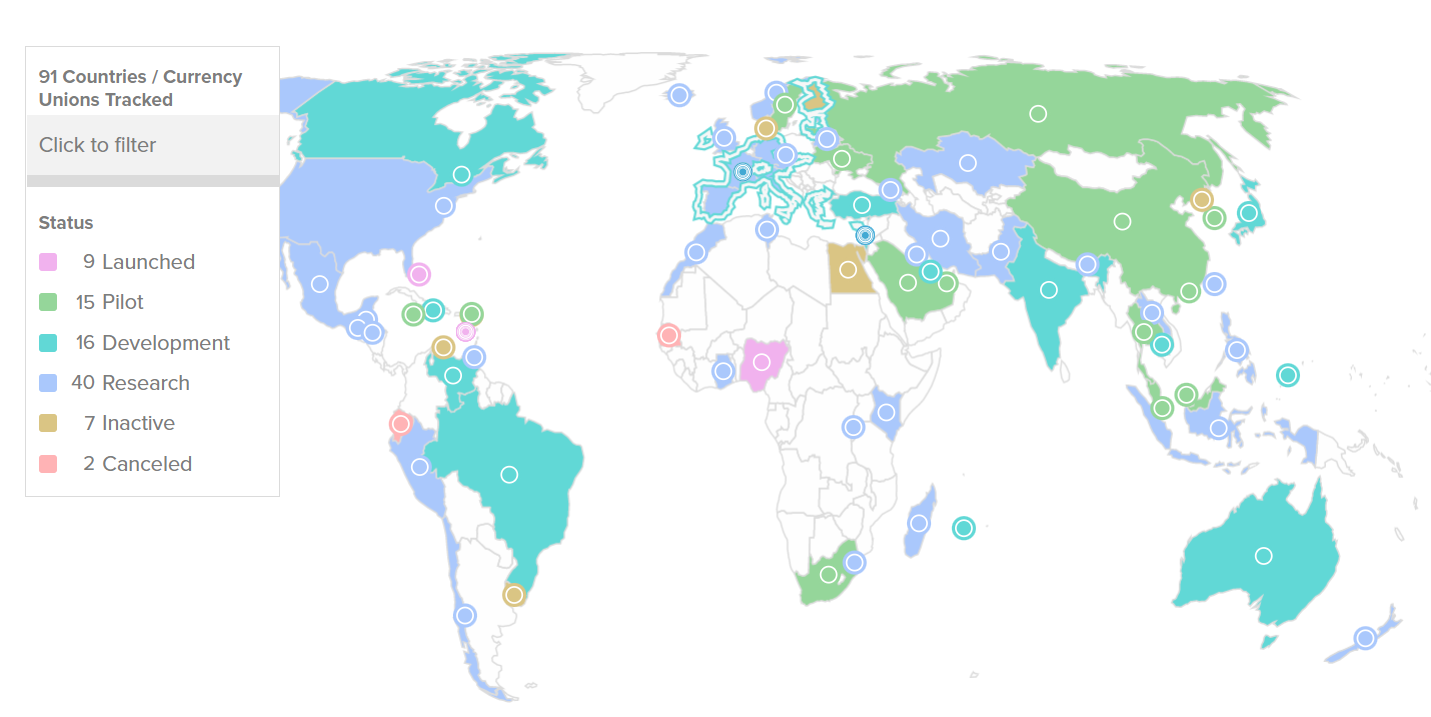 Among the major economies of the world, China is leading the CBDC race with a fully functional digital yuan currently being tested out across the country. Several European nations such as France and Switzerland have started cross-border trials while the U.S. is yet to finalize any plans for a digital dollar.