A new report highlights how the Lightning Network has grown in popularity as a way of transferring digital assets quickly and efficiently around the globe.

CNBC today told the story of Alena Vorobiova, a Ukrainian refugee currently seeking sanctuary in Poland. Vorobiova used Lightning to transfer $100 worth of Bitcoin from Miami, where it was then withdrawn from an ATM in the equivalent Polish currency – all within the space of three minutes.

That’s the sort of low cost, high speed transaction that has seen the Layer 2 scaling solution for Bitcoin grow 410% in payment volume over the past year.

According to the report published by Arcane Research, the number of payments that occurred on the Lightning Network in the past year doubled while the total value of those payments quadrupled.

A partial explanation for the surge in payment is owed to the enormous increase in the number of users who have recently gained access to the Lightning Network. This is through apps like El Salvador’s Chivo Wallet and US-based payment application, CashApp. 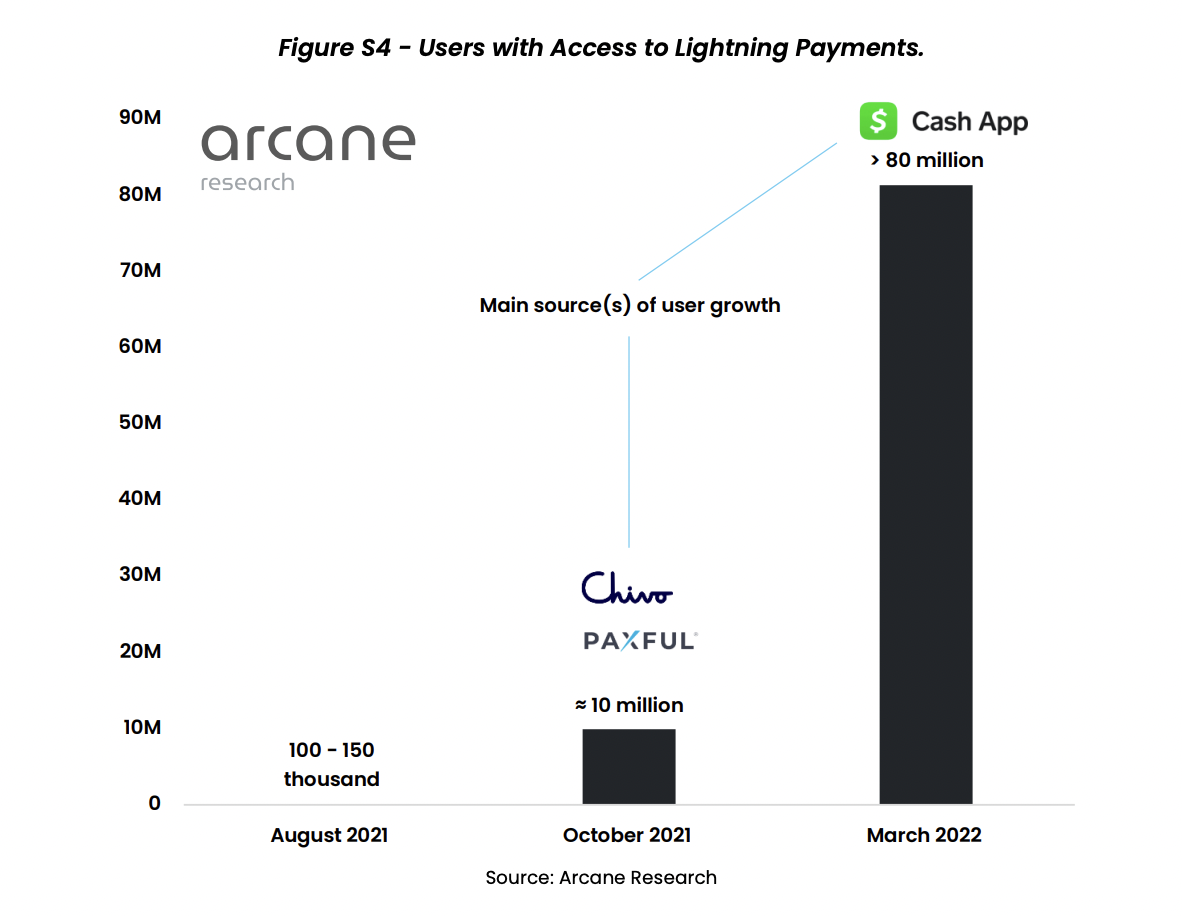 Arcane estimated that in Aug. 2021, roughly 100,000 users had access to Lightning payments. By March of this year, over 80 million people had the ability to access payments on the Lightning Network , which shows that there is a large potential user base.

The report found that roughly 50% of the value of all payments came from direct transactions between individuals – Peer-to-Peer (P2P) transactions. Almost one third of the payment value came from exchange withdrawals and deposits, with the remaining 20% coming from purchases made through some form of vendor.

Despite Bitcoin being originally designed as an electronic cash system – the sluggishness of the Bitcoin networks in resolving transactions gave rise to layer-2 solutions. The Lightning Network was launched in March 2018 to provide faster and cheaper BTC transactions.