The decline in Cardano (ADA) price this year has prompted some of its richest investors to accumulate the token. 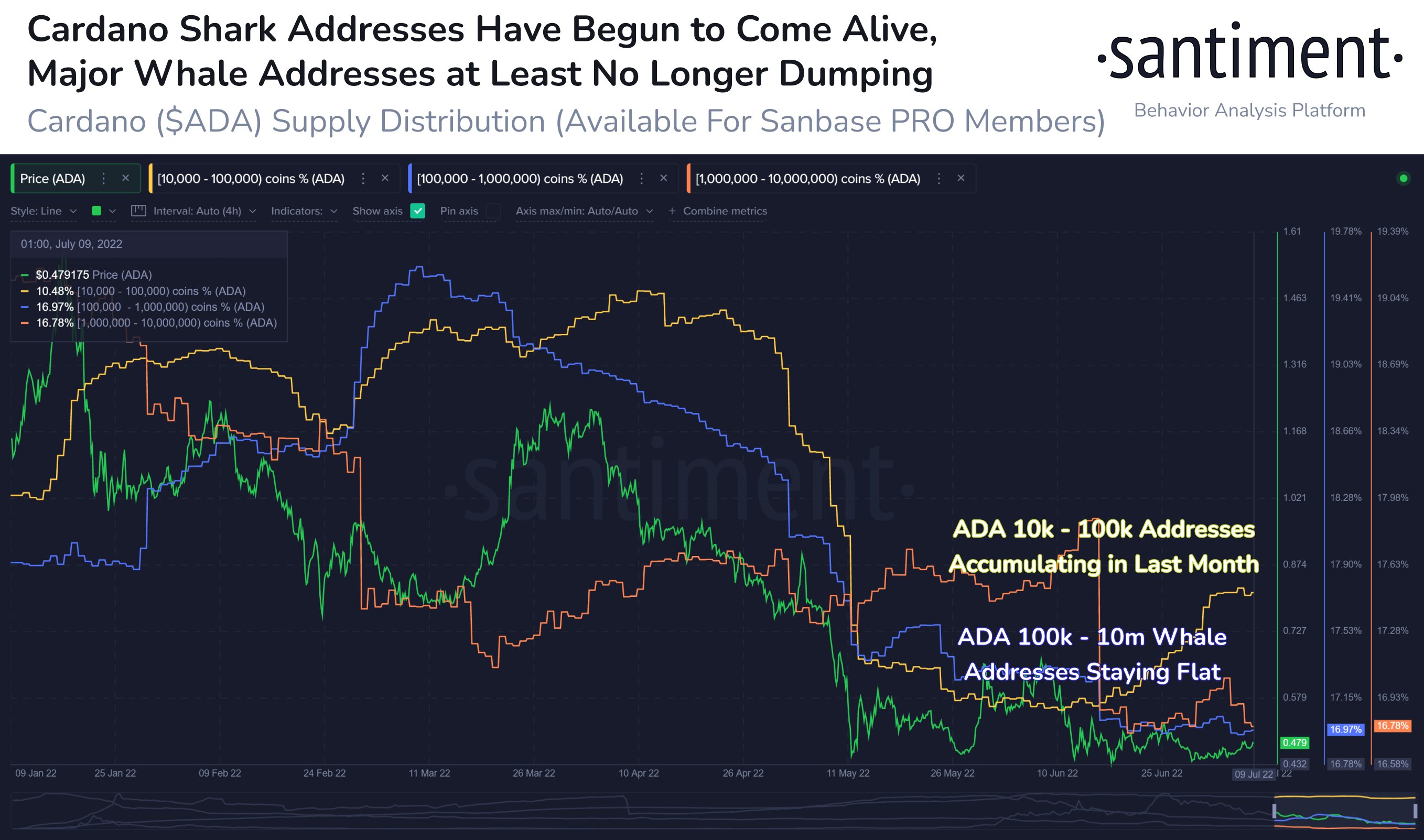 Meanwhile, Cardano “whales” that hold between 100,000 and 1 million ADA have stopped selling.

Holding a larger amount of ADA makes sharks and whales powerful enough to determine the token’s upcoming trends via increased volatility or decreased liquidity. Additionally, they can force “fishes,” or investors holding fewer ADA tokens, to copy their trades.

The recent buying spree among the Cardano sharks hints that they have been positioning themselves for a sharp price rebound, especially as ADA trades nearly 85% below its September 2021 record high of $3.16.

Another potentially bullish catalyst is a major technical upgrade slated for the end of this month, following a successful testnet implementation on July 4.

Related: What does a bear-market ‘cleanse’ actually mean?

Notably, ADA’s price has been painting a “descending triangle” pattern since May 8. Descending triangles typically resolve after the price breaks out in the direction of their previous trend.

Thus, the Cardano token could risk falling to as low as $0.31, as illustrated in the chart above.