On-chain data flagged on Aug. 28-29 confirmed a large tranche of Bitcoin had become liquid again after nearly a decade.

Analysts first began to notice curiously high transaction volumes this weekend as 5,000 BTC was included in a block.

Having stayed in the same wallet since 2013, the funds, the owner of which remains unknown, were soon joined by a near identical 5,000 BTC a day later.

In total, 10,000 BTC moved for the first time since 2013, and on-chain sleuths are curious as to the motive of the whale in charge.

Analysis of the destination wallets has concluded that the funds were not sent to anexchange for sale. Instead, they were split among a large number of new wallets.

Considering the reasoning behind the move, Maartunn, a contributor to on-chain analytics platform CryptoQuant, suggested that privacy may play a part.

Maartunn linked to comments from CryptoQuant CEO Ki Young Ju, who last week argued that those in ownership of “older” coins, especially in large amounts, likely needed to avoid drawing attention to their now greatly-increased wealth. In 2013, BTC/USD traded at a maximum of around $1,165.

For Ki, these coins were “minted in the lawless era.”

“We uncovered that these whales were highly likely: a) early visionaries that accumulated bitcoin via mining and trading, and b) coins coming from the Cryptsy bitcoin exchange just before it was ‘hacked’ (allegedly stolen customer funds),” a CryptoQuant research piece into old fund movements from Aug. 3 added.

The transactions were, meanwhile, picked up by the Whale Shadows indicator by Philip Swift, creator of on-chain analytics resource LookIntoBitcoin.

Clearly showing the two spikes in older coins occurring, the data prompted discussion over their implication for BTC price action.

As Swift and CryptoQuant showed, previous such spikes marked local highs for BTC/USD throughout Bitcoin’s history. 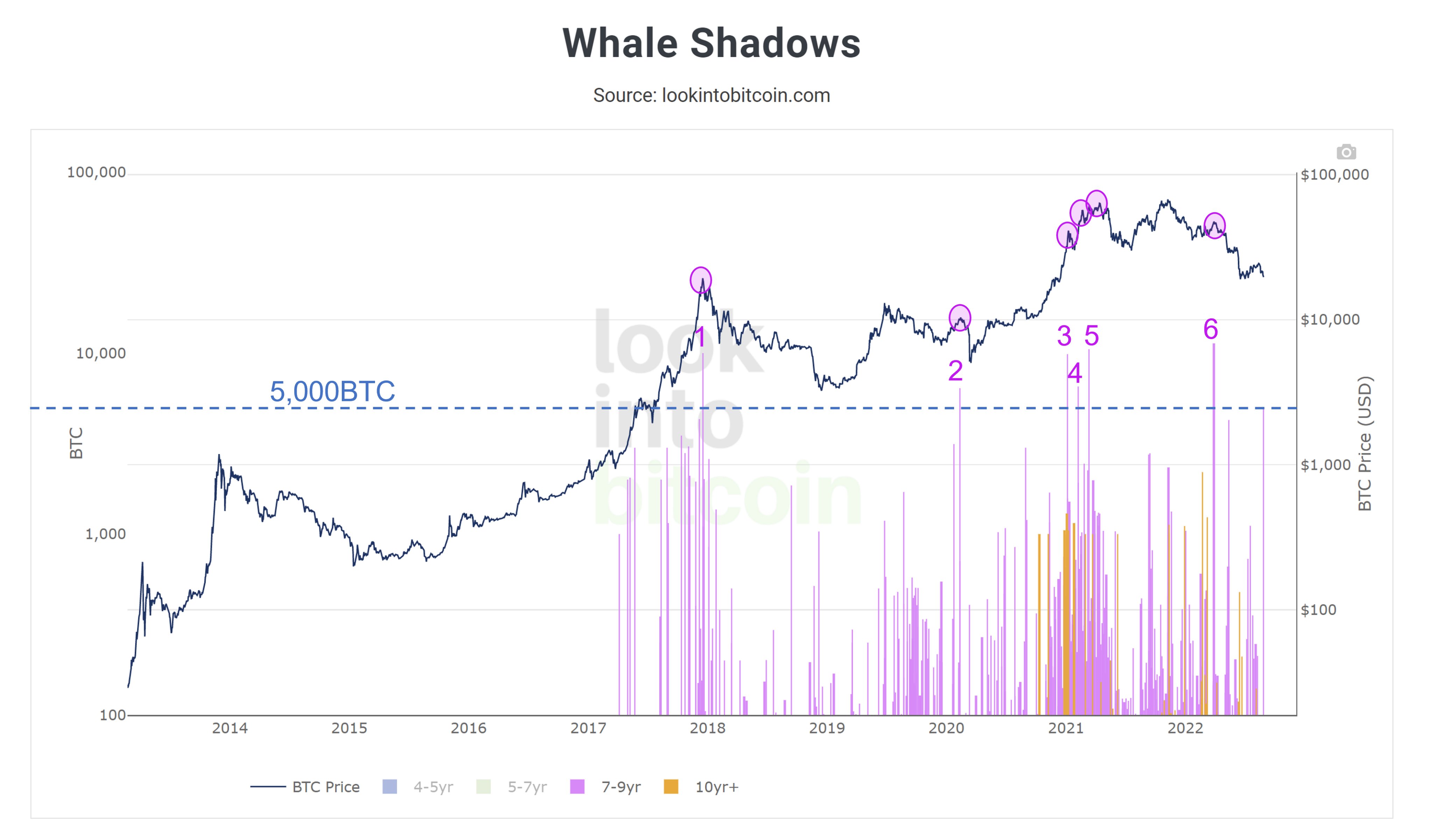 Other social media commentators even suggested that the funds were tied to the rehabilitation process at defunct exchange Mt. Gox.

As Cointelegraph reported, fears that compensation of creditors would begin this weekend, sparking a significant sell-off, ultimately appeared unfounded.

Gary Gensler believes that most cryptocurrencies are securities and wants the SEC to regulate the market.   Gary Gensler, the Chairman of the United States Securities and...
Lees meer
Crypto news English

BTC to outperform ‘most major assets’ in H2 2022 — Bloomberg analyst

Barring another change of heart and certain conditions to be met, Elon Musk's acquisition of Twitter looks set to go ahead, prompting the question of...
Lees meer
Laad meer