Bitcoin (BTC) miner CleanSpark is expanding operations in the state of Georgia, adding to its mining capacity despite the ongoing bear market.

Groundbreaking on a new 50-megawatt Bitcoin mining facility in Washington, Georgia, is underway, with expected completion in late spring, CleanSpark disclosed on Jan. 19. The nearly $16 million expansion is expected to increase the company’s hashrate by 2.2 exahashes per second, with total hashrate reaching as high as 8.7 EH/s.

The expanded facility will host up to 16,000 miners, including newly added Antminer S19j Pro and Antminer S19 XP models.

Expansion alert: $CLSK has broken ground on phase 2 of our #WashingtonGA #bitcoin mining site! It will hold up to 16,000 miners.

With projected completion of the 50 MW in late spring, we expect our #hashrate to reach as high as 8.7 EH/s.

“This second phase more than doubles the size of the existing operations,” said CEO Zach Bradford.

CleanSpark purchased its Georgia site in August before acquiring local mining facility Mawson Infrastructure Group the following month for $33 million. At the time, the company said it planned to support a mining fleet of up to 70,000 units in 2023.

CleanSpark received approval to trade publicly on the Nasdaq stock exchange in early 2020. The following year, the company raised $200 million in capital via an equity offering. 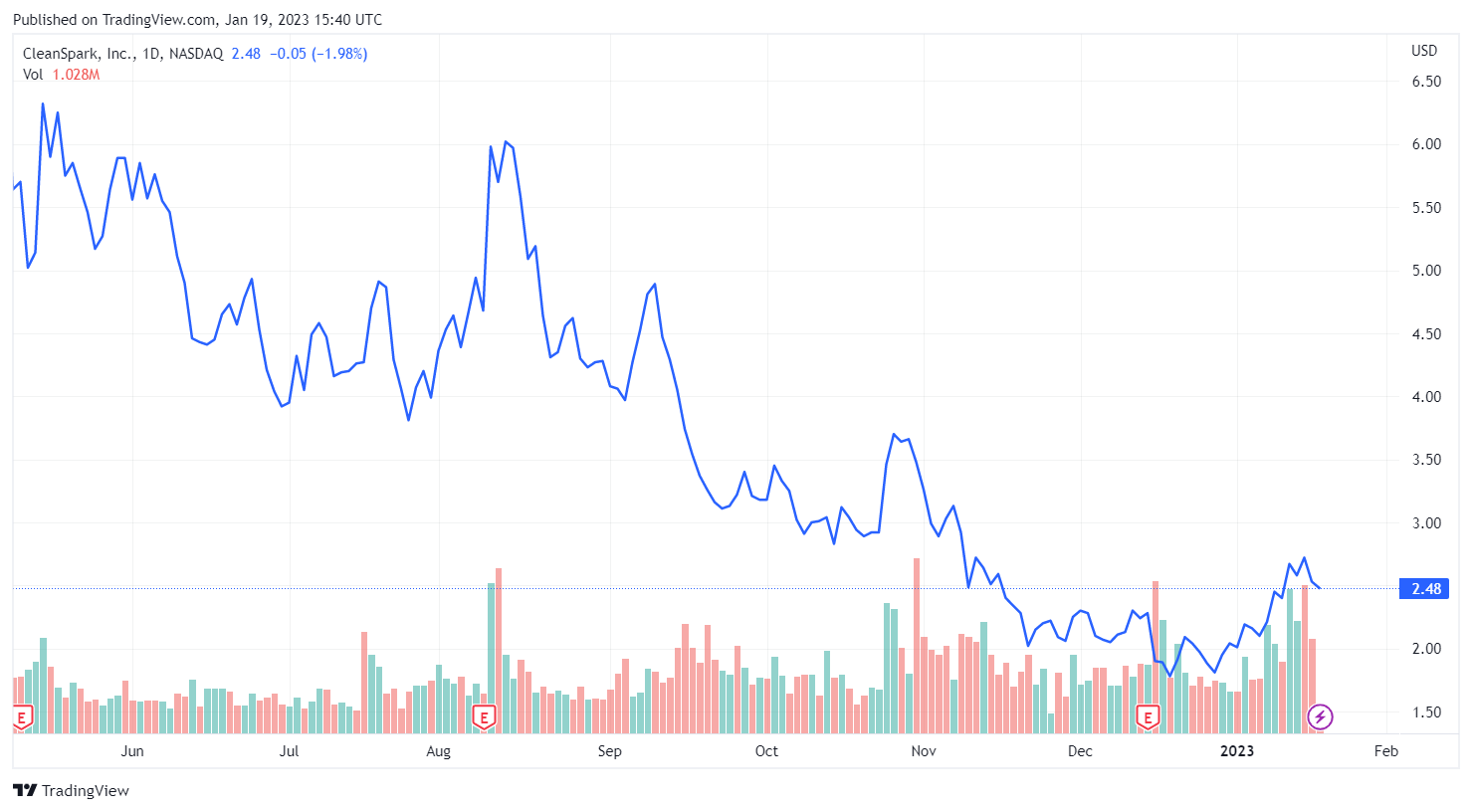 Like other publicly-traded Bitcoin miners, shares of CleanSpark (CLSK) have declined sharply over the past year. Source: TradingView.

With the price of Bitcoin plunging more than 76% peak-to-trough, miners have been forced to rethink their business strategies to survive in the long term. One of the industry’s biggest players, Core Scientific, filed for Chapter 11 bankruptcy in December. Mining outfit Greenridge, meanwhile, received a $74 million lifeline just to stay afloat.

Some miners have thrived during the bear market by reducing energy costs and avoiding excessive leverage. In October, CleanSpark’s executive chairman Matthew Shultz told Cointelegraph that “Bitcoin mining is a potential solution for creating more opportunities for energy development.”

The SEC has once again rejected a proposal to list the ARK 21 Shares Bitcoin ETF on equities exchange Cboe BZX, according to Jan. 26...
Lees meer
Crypto news English