Bitcoin (BTC) dropping to $25,000 or lower is unlikely thanks to hodlers hoping for all-time highs, not speculative traders, new research says.

In a series of tweets on April 19, popular analyst Root argued that there is “no real reason” for a dramatic Bitcoin sell-off.

No major selling from “maturing” hodlers

Bitcoin has yet to wow the market with its all-time highs this halving cycle, and this has contributed to a loss of faith among some investors.

At the same time, on-chain indicators remain much more bullish than spot price action, and those investors still in the market support the idea that BTC/USD will go far higher in the future.

This is thanks to a lack of short-term holders (STHs) on the market, Root notes. Even the most recent all-time highs of $69,000 last November came with relatively few speculatory bets – something which contrasts strongly with the all-time high during the last halving cycle in December 2017.

What is more, it is long-term holders (LTHs) hoping for fresh price discovery who are now supporting the market, not new STHs looking to “buy the dip.”

“With the HODL Army growing it’s allowing us to make new ATH’s (69k top) without barely any STH’s in the market,” Root explained.

“Since we didn’t reach prices above 100K, which so many expected, many still believe this will eventually happen and might therefore hold on to their coins.” 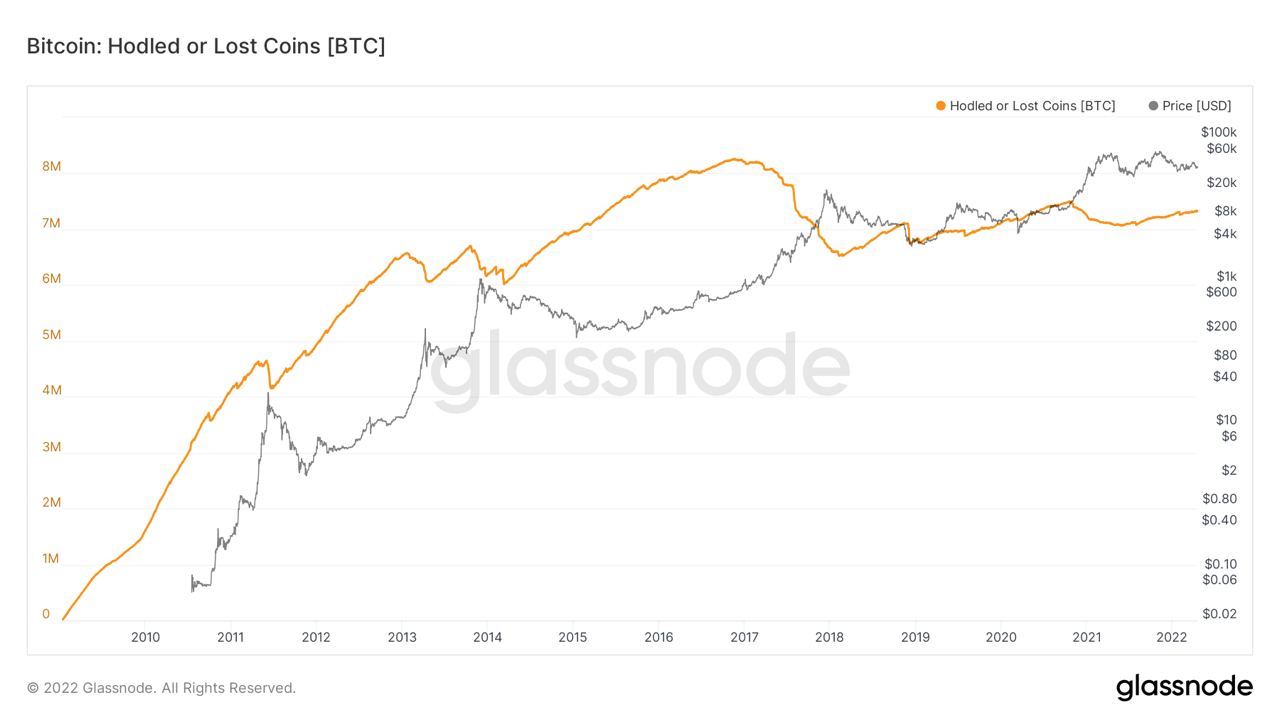 As such, Bitcoin’s realized price – the average price at which all coins last moved – at around $25,000 seems an unlikely target thanks to LTHs’ unwillingness to sell.

While some chose to do so recently, this was thanks to them buying in at highs earlier in 2021 and wanting to cut their losses, Root continued. More broadly, however, those who purchased during Bitcoin’s first trip above $60,000 have chosen to hodl, not sell.

“Conclusion: Some exhaustion coming from the people that bought the run to first 64k peak, but many still holding,” the Twitter thread read.

As Cointelegraph reported, some market participants remain extremely wary about a capitulation event occurring in the coming months for Bitcoin.

Related: BTC could drop to $30K in 2 weeks, trader warns as gold goes for $2K high

All depends on the United States Federal Reserve and its reaction to inflation, they say, this far from clear thanks to the limited scope for containment measures.

Should heavy-handed policy become the norm, however, stocks, commodities and risk assets would be hit hard – heavy headwinds for crypto.