Bitcoin has support at $23K, but analysts warn of a dire drop to $8K as global debt unwinds

Bitcoin’s month-long (BTC) choppy price action came to an end on June 13 after a deep market sell-off pressed the top cryptocurrency under the $29,000 support. The move took place as equities markets also sold-off sharply, hitting their lowest levels of the year.

Data from Cointelegraph Markets Pro and TradingView shows that the Bitcoin sell-off began late in the day on June 12 and escalated into midday on June 13 when BTC hit a low of $22,592. 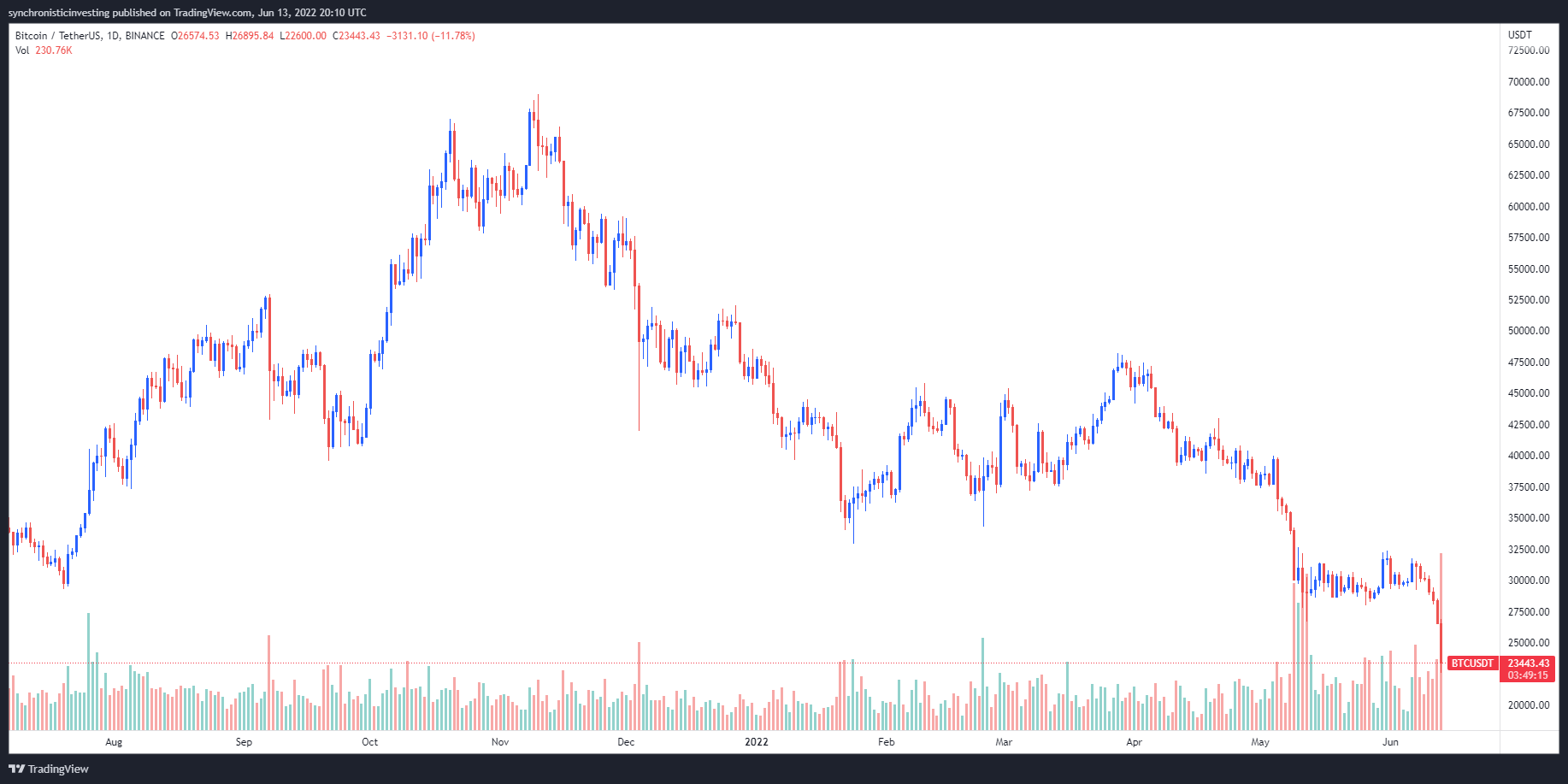 Here’s a look at what several market analysts are saying about Bitcoin’s move lower and whether this is the final capitulation event before the long-awaited price bottom.

Based on the trend from the last two cycles, Rekt Capital suggested that it’s possible that BTC could see a “macro double bottom at the 200-week moving average” moving forward if the price action plays out in a similar fashion.

“#Bitcoin has broken through key realized price supports where they will likely become our new resistances. $13,331 is the ultimate max pain bottom.”

In an extreme, Bitcoin could pullback to $8,000

According to Francis Hunt, a market analyst at The Market Sniper, Bitcoin price could drop to as low at $8,000 before hitting a real bottom.