The average transaction fee per Bitcoin (BTC) transaction made a complete 360-degree over nearly two years to settle down at $1.039, a number which was last recorded back in June 2020.

The BTC transaction fee is the cost to transfer any amount of BTC, which is also directly proportional to the time it takes to validate and complete the transaction.

As evidenced by data provided by Blockchain.com, the average BTC transaction fee saw a steady decline from an all-time high of $62.788 in April 2021 before coming down to an eight-month average of $2 in July 2021. 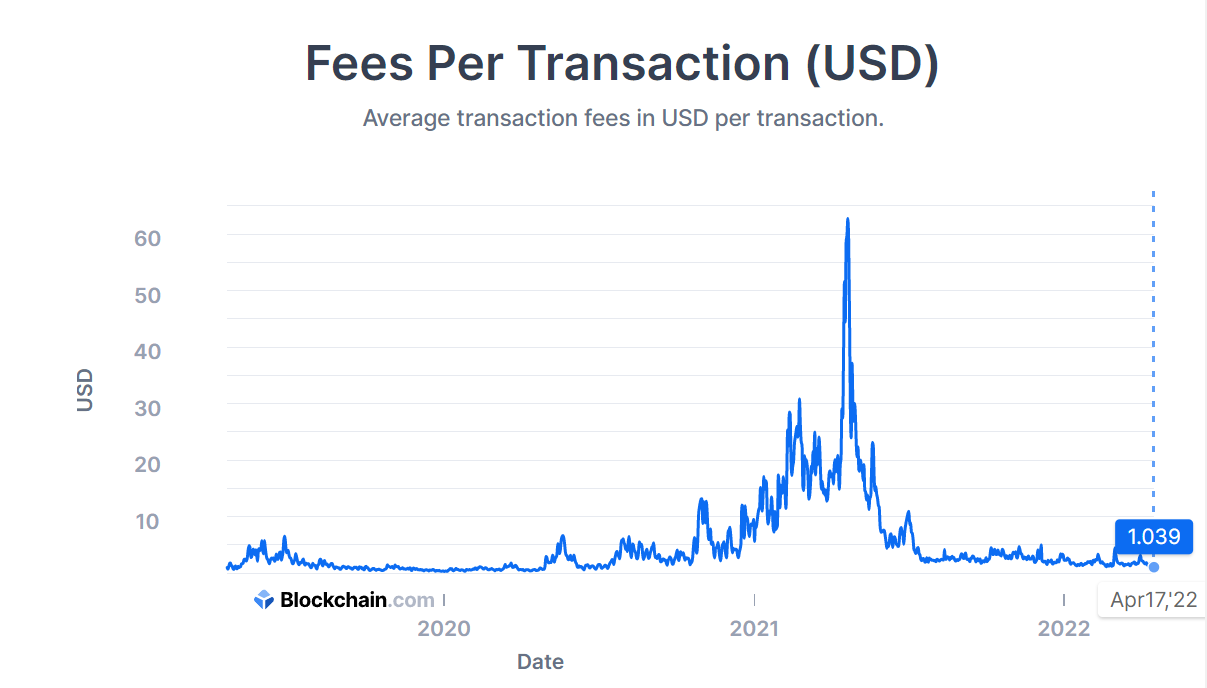 As a result of the above combination, Bitcoin’s highly resilient network can process secure BTC transactions at lower costs. BTC’s price volatility has also shown greater stability as it oscillates between the $35,000 to $45,000 mark throughout the year, as seen below based on data from Cointelegraph Markets Pro and TradingView.

With more jurisdictions ready to ease up on the Bitcoin ecosystem along with timely network updates, the resultant increase in participation will further ensure a stronger network while playing a deflationary role in Bitcoin’s price.

Quantum computing firm Multiverse Computing ran simulations around the adoption of BTC and Ether (ETH) in Canadian markets to study their viability as a mainstream payment method.

Our work on #cryptocurrency networks with @bankofcanada is finally out in the open!

Huge congratulations to the team for their phenomenal work on this project#quantum for the #economy https://t.co/FrH678gKRm pic.twitter.com/8i84oZmKb8

Speaking to Cointelegraph, Multiverse Computing chief technology officer Sam Mugel suggested that non-financial institutions could carry out “a high uptake of crypto in the short term” when considering digital assets for payments.

What is a DAO? A DAO, or decentralized autonomous organization, is an online-based organization that exists and operates with no single leader or governing body. DAOs...
Lees meer
Laad meer