Bitcoin (BTC) could be on the verge of a retail major sell-off as exchange inflows spike to almost three-and-a-half-year highs.

Major exchanges finish up 83,000 BTC in a single day

As BTC/USD fell to lows of $20,800, panic appeared to set in among traders, and despite a reversal that at one point topped $23,000, few seemed willing to trust that the worst was over.

According to CryptoQuant data, this is the largest daily inflow since November 30, 2018. On that day, exchanges recorded 83,481 BTC of net inflows.

Concerns may thus now turn to whether even more sell-side pressure will emerge in Bitcoin markets over the coming days and weeks. Around a month after the 2018 influx, BTC/USD hit its cycle bottom of $3,100, 84% below its prior all-time high of $20,000. 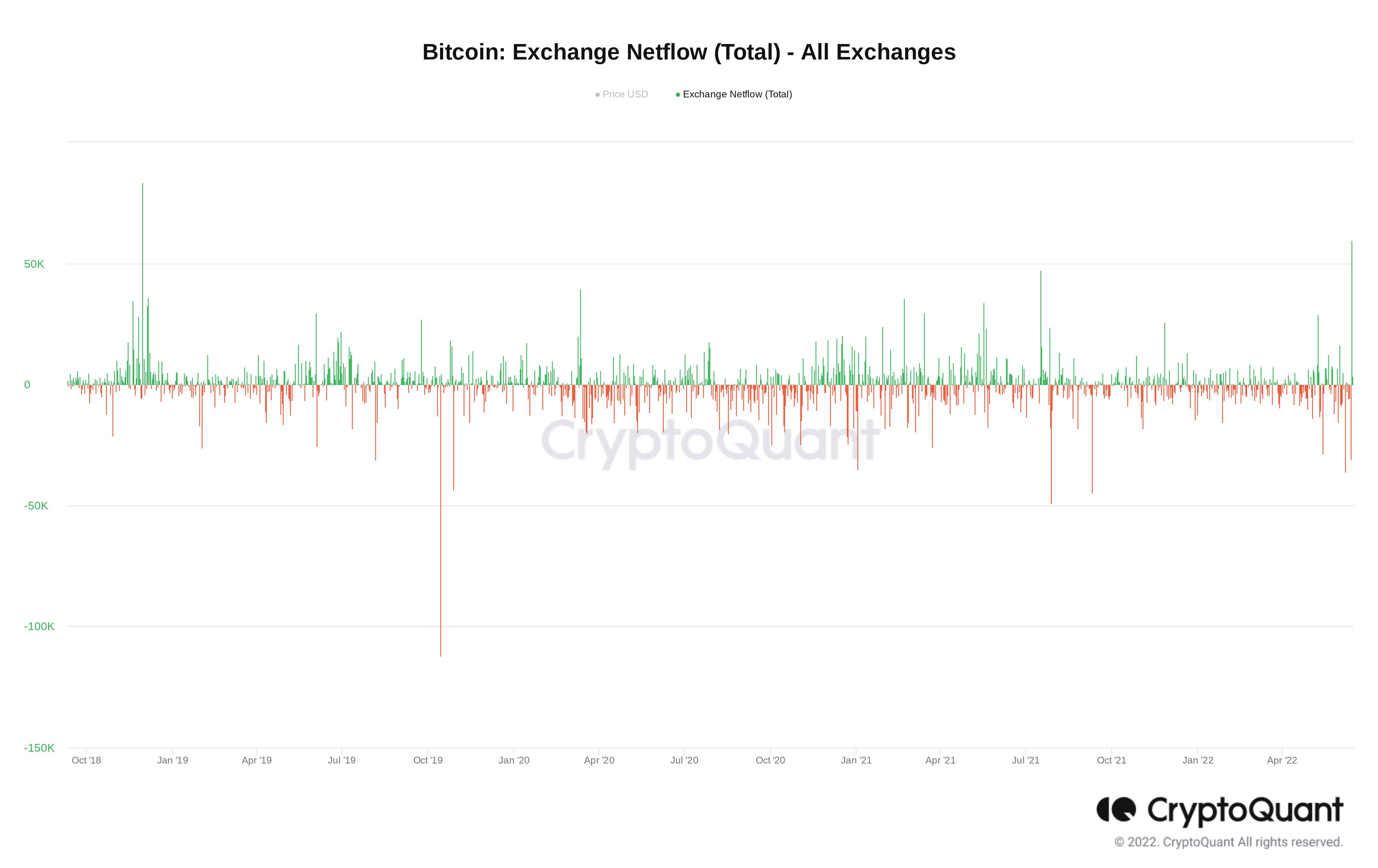 As Cointelegraph reported, analysts are of mixed opinion when it comes to whether Bitcoin will repeat the trend this cycle. An 84% drawdown would mean a bottom of just $11,000.

In a separate analysis of the price situation, statistician Willy Woo concluded that macro market movements would dictate Bitcoin’s bottom.

Ki noted that the largest number of coin days destroyed – unmoved coins becoming active after a dormant period – came from those specific venues.

“This selling pressure came from Binance and FTX,” he wrote in a Twitter thread June 13.

Ki added that this was in contrast to other whales, who have been comparatively quiet throughout the price upheaval, which began with May’s Terra LUNA implosion.