The billion-dollar music industry is undergoing a major transition as artists begin to understand the potential of owning their work through nonfungible tokens (NFTs). Ashanti, the multi-platinum-selling singer, actress and co-founder of EQ Exchange – a women-led Web3 platform – recently shed light on this during a Cotton Candy Records meetup that took place on June 20 in New York.

Speaking on a panel alongside Janice Taylor, founder and CEO of EQ Exchange, Ashanti went into detail about how important ownership is for creators today. Drawing from personal experience, Ashanti said:

“It is incredibly important to continue the narrative that owning is the way to go. Who wants to wake up and pour their heart, blood, sweat and tears into a project and have someone else next to you reap all the benefits while you do all the work? That was the way my contract was set up years ago, but now I have the right 20 years later to go in and re-record and own new masters of my first album.” 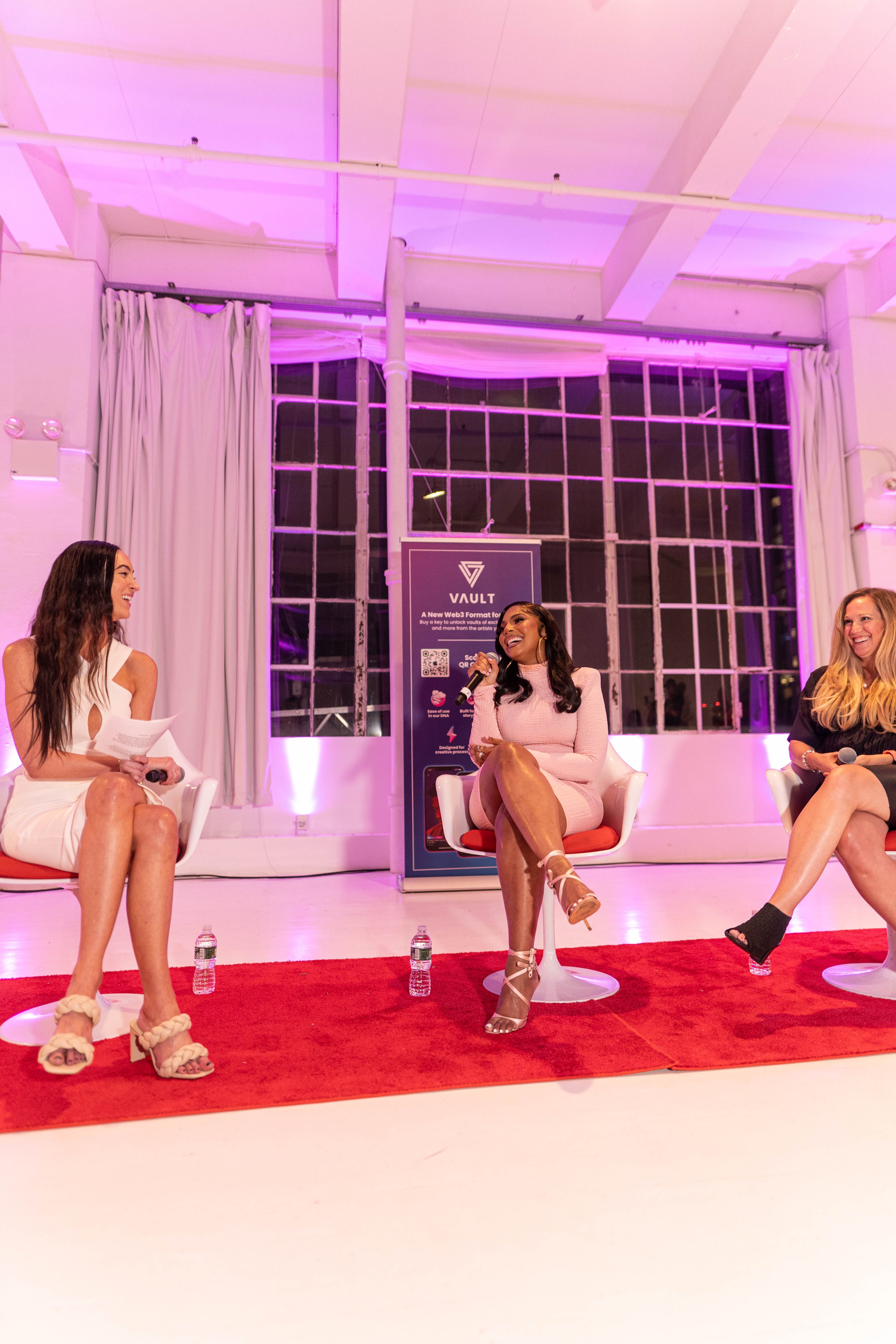 Why owning is important for creators

Ashanti told Cointelegraph that the process of creating an album prior to Web3 and the launch of music NFTs was very “disheartening,” noting that an artist would sign a record deal and create an album that would then sell for about $15. “Out of that amount, an artist would only receive about $0.38, which was on the high-end,” the R&B legend said. Once Ashanti began to realize that this was a common process, she started looking into alternative ways to own her intellectual property.

On March 25, 2022, almost 20 years after her debut album was released, Ashanti formed a partnership with EQ Exchange, making her the first Black female artist to co-found a Web3 company. Following this, Ashanti released an NFT collection with EQ Exchange on April 6, 2022, which launched on the artist’s 20-year anniversary of her first album titled Ashanti. According to Taylor, Ashanti sold her first five NFTs in minutes. While impressive, Ashanti noted that the underlying message behind music NFTs is “that owning your work is so important.”

In addition to ownership, Ashanti explained that her NFT collection is meant to benefit her fans in a number of ways. “Fans will receive exclusive rights to hear my music first, meaning they get to own the music as well. They will also receive percentages of royalties for new records, along with tickets to shows, vacations and access to limited merchandise drops,” she said.

Women in Web3 aim to inspire

Ashanti further remarked that she aims for her NFT collection and role in the Web3 space to inspire greater female involvement. This is incredibly important, as the media company EWG Unlimited and The Female Quotient recently found that men continue to dominate Web3. According to the report, only 16% of creators in Web3 identify as women, which has led to inherent male bias. This in mind, Ashanti said:

“I never thought in a million years I’d be in the Web3 space. But, diving into this sector as an independent artist was necessary. The Cotton Candy Records meetup is the first crypto-focused event I’ve spoken at, and I hope to do more of these to continue to inspire other female creators and women of color to become involved.”

Taylor added that education and events are critical for bringing more women into the Web3 space, noting that she was initially told to hire a crypto-native male co-founder for EQ Exchange in order to appear “legitimate.” “Some of my first investors told me this because they thought it would help me appear as if I understood the crypto industry better, even though I am a three-time tech founder.”

Fortunately, Taylor ignored this comment and brought Ashanti on as EQ Exchnage’s co-founder. “I specifically wanted a woman and a woman of color to be my partner because that’s the message that needs to be heard here,” she said.

Echoing Taylor, Sarah Omolewu, founder of Access Abu Dhabi – a program designed to encourage women and minorities to enter UAE’s business ecosystem – told Cointelegraph that joining the crypto community offers an opportunity for women to build new career paths regardless of their age or financial status. She said:

“Women in America weren’t able to receive credit from a bank until 1974 when the Equal Credit Act was passed. Fast forward to 2022 and less than 2% of venture funding goes to women-led businesses. Web3 could become the equalizer that changes this narrative by getting women involved at the very beginning of blockchain technology, a space where currently 93-95% of all cryptocurrency users are male.”

Although women still make up the minority of Web3 users, Omolewu explained that Access Abu Dhabi recently partnered with Unstoppable Domains – a platform that grants ownership of NFT domains – to provide all nationalities of women living in Abu Dhabi free blockchain domains. “Partnering with Unstoppable Domains to provide for the first time ever a gifting of free blockchain domains to all women in the country is the first step in our longer-term goal of disrupting this space for women in the region,” she remarked.

Adding context to this, Sandy Carter, senior vice president of Unstoppable Domains, told Cointelegraph that Unstoppable Domains represents a user’s digital identity, making it easy for non-crypto natives to enter Web3. “For example, users don’t have to enter a complicated wallet address to send and receive crypto transactions, as they can just use their NFT domain.”

According to the Unstoppable Domains website, Coinbase Wallet, ShapeShift and other crypto wallets are supported applications. “We have over 300 partnerships. In fact, Paris Hilton recently changed her Twitter handle to ParisHilton.NFT,” Carter added.

Now is the time for women to enter Web3

Even with the benefits of music NFTs and encouragement from influencers, women may still find it challenging, or intimidating, to enter the Web3 sector. However, Carter advised that women should get started sooner rather than later, pointing out that the space is still very early. “I like to say that we are in a dial-up phase of Web3 – we are recrafting what the internet is and we need diverse voices now.”

Recent: How to start a career in crypto? A beginner’s guide for 2022

In terms of financial inclusion, Taylor added that EQ Exchange is helping provide a sustainable financial system that allows artists – particularly women – to thrive. Although the platform was established in March of this year, Taylor shared that other women creators are already planning to launch NFT collections. For example, Monifah, the recording artist, actress and producer, told Cointelegraph that she will be launching an NFT collection with EQ Exchange in July 2023, to mark the 25-year anniversary of her single Touch It.

Monifah also mentioned that she believes music NFTs are the future of the industry, noting that artists should do their own research and get involved now.

“I think it would be crazy if I did something in a traditional way at this point. I would tell artists to really focus more on Web3 and figuring out how to command this space,” she said. Yet Monifah also shared that she still finds Web3 to be challenging. “I am still navigating the Web3 space, but it’s exciting. I want to help introduce the younger generation to Web3.”